The prehistory of the object was an architectural competition, announced in 2006. Jonava’s municipality administration was seeking for an idea of an important urban space, which has been lifeless due to its poor physical condition and variegated, chaotic surrounding constructions, as well as the absence of any aesthetic scenario.
The competition was won by architects Andrius Gabrys and Laurynas Avyžius.

The architectural concept was to make the square a lively, attractive and actively used urban space, providing a clearly identifiable, strong architectural character. Most of the ideas, proposed in the competition, with the exception of the “infobox”, were managed to be realised. The spot fountain was designed in Sąjūdis square, with the 11 nozzles shooting water up to 4 meters height. Residents and town guests are greeted by a “sharp” concrete bus stop. Officially cold granite coating was laid. Its seriousness is intersected by a black crushed stone elbow band, ending with a new fountain and a metal sculpture called “Reeds” (by sculptor D. Sodeika).
Graphical images are shown by advertising screen and an illuminated walkway lights up in the night time, connecting the new part of the square with the sculpture-clock in the old part (Arch. V. Vizbaras). Next to the square “eternal” granite cube benches are located and trees planted along the perimeter, witch eventually will cover up the particoloured surrounding blocks of the facades.

Architects are pleased that the square has reborn: active communication takes place here all the time, as well as spontaneous children bathing, youth parties and city events. 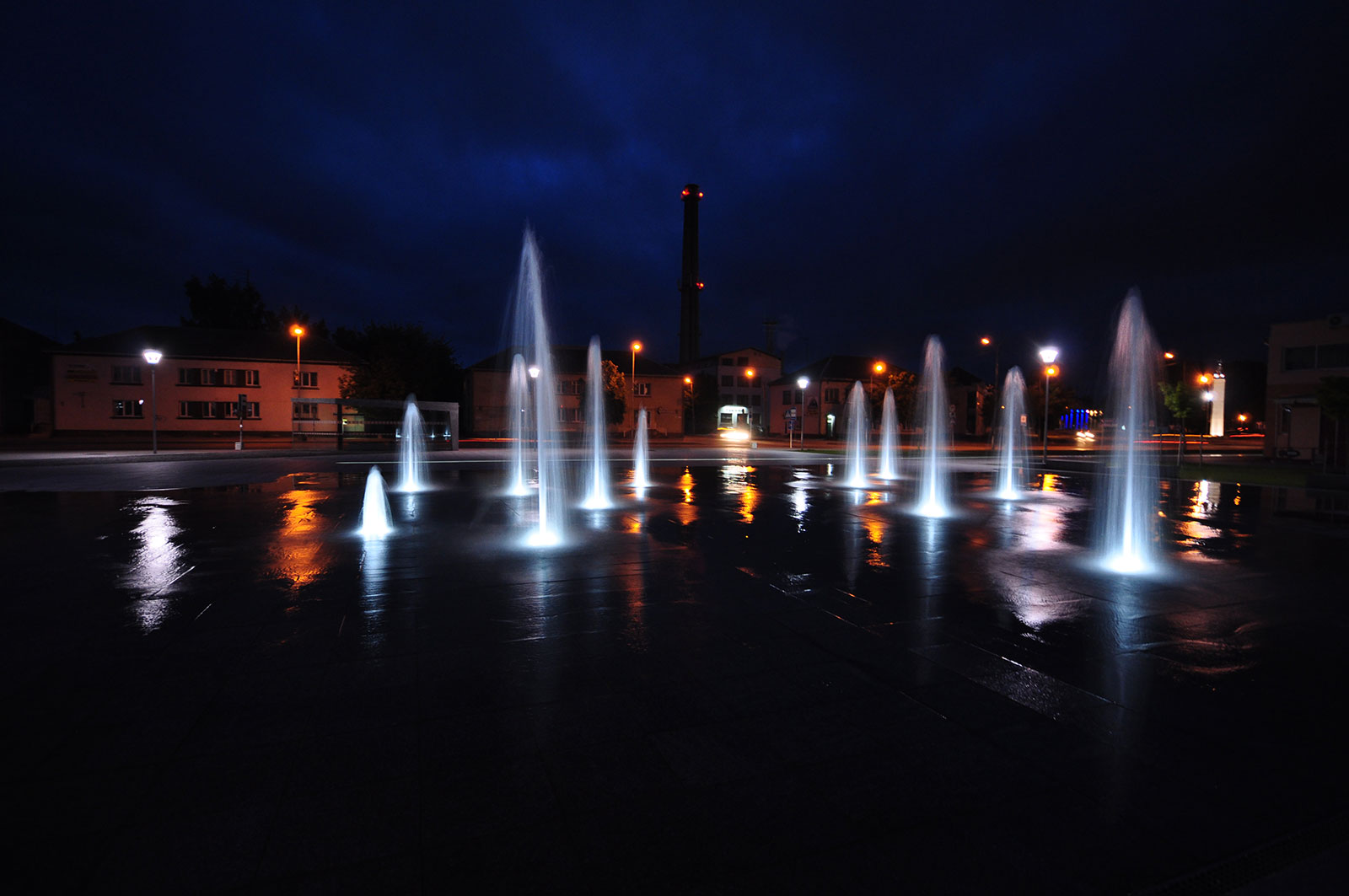 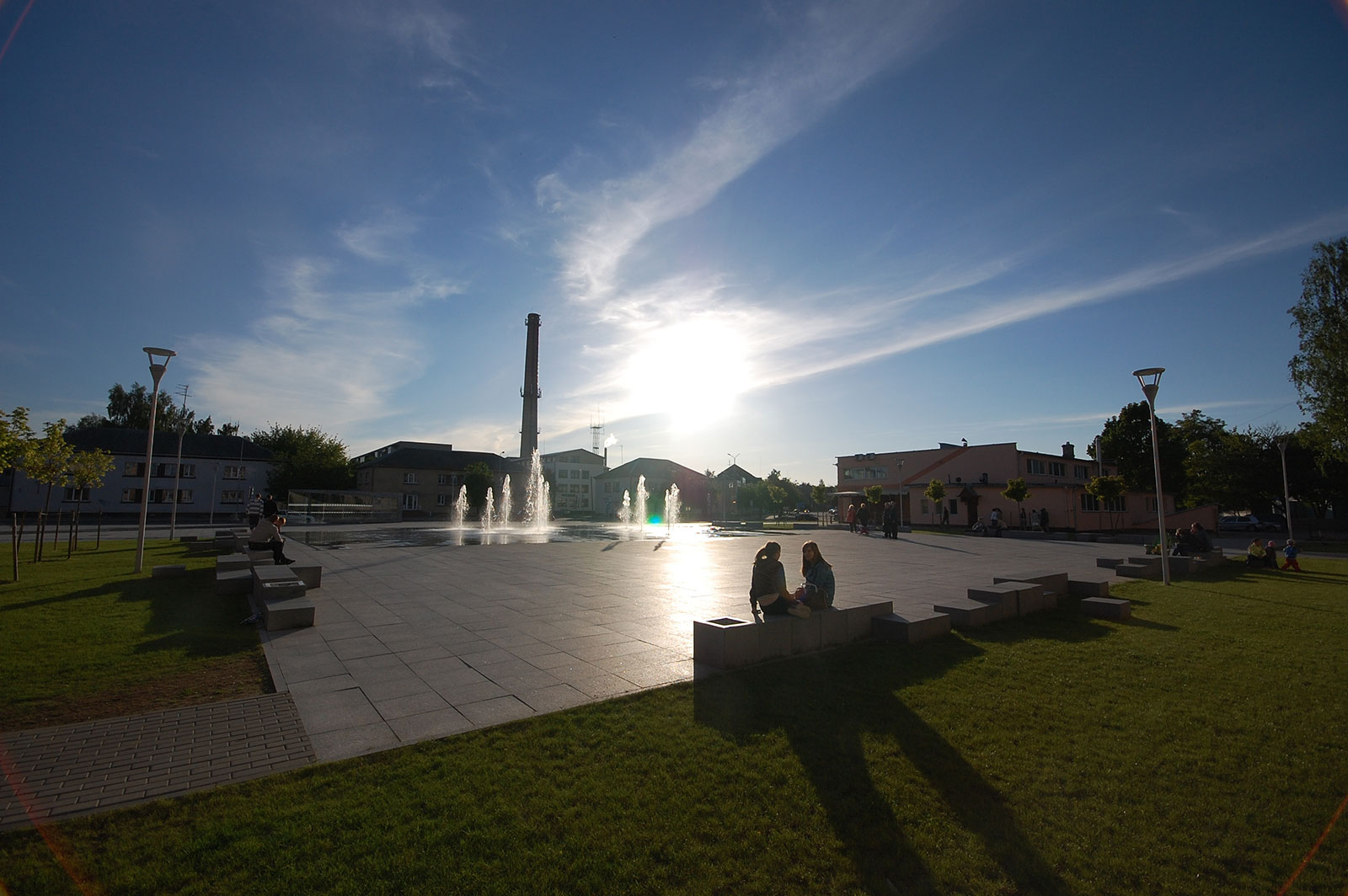 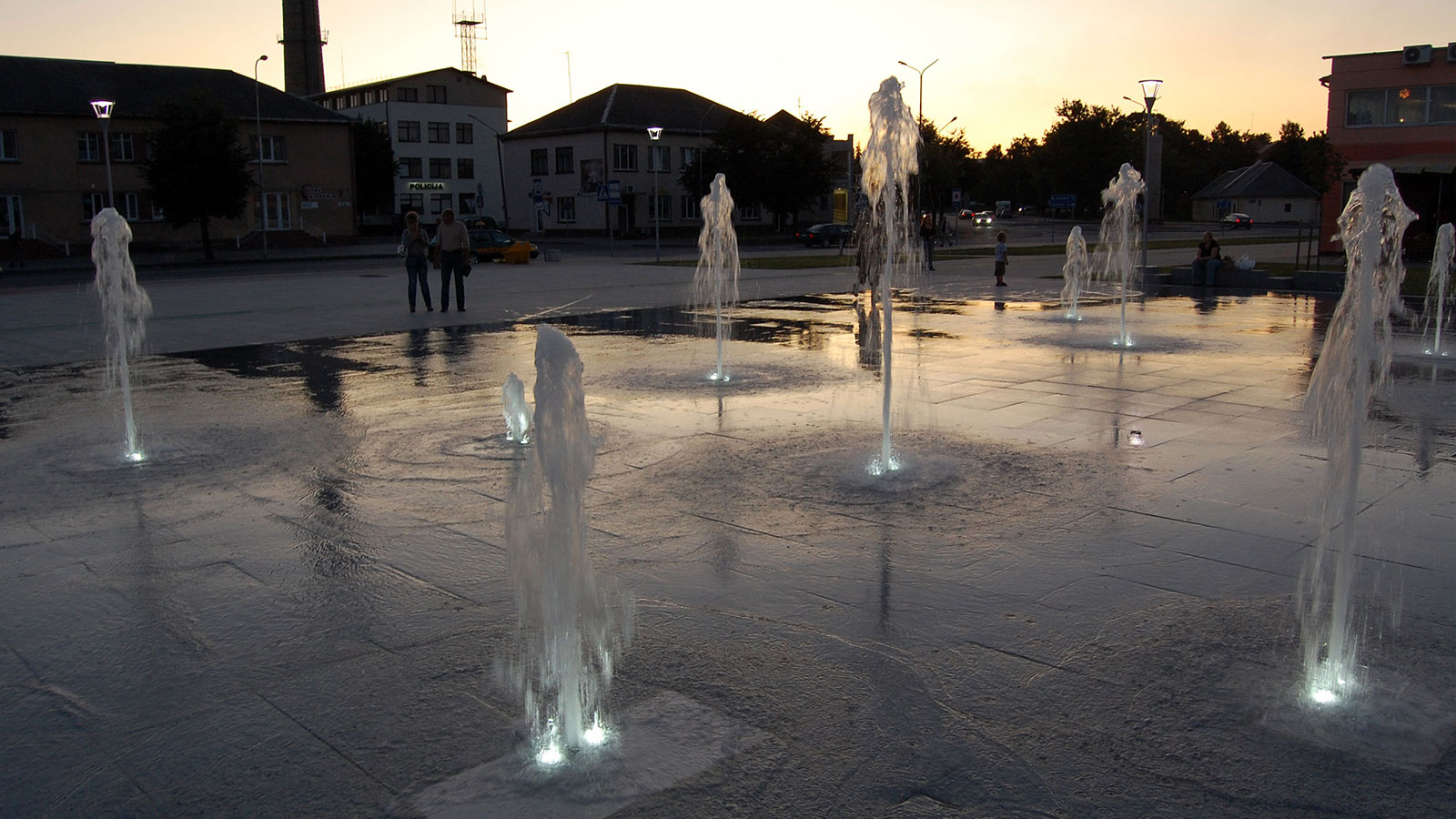 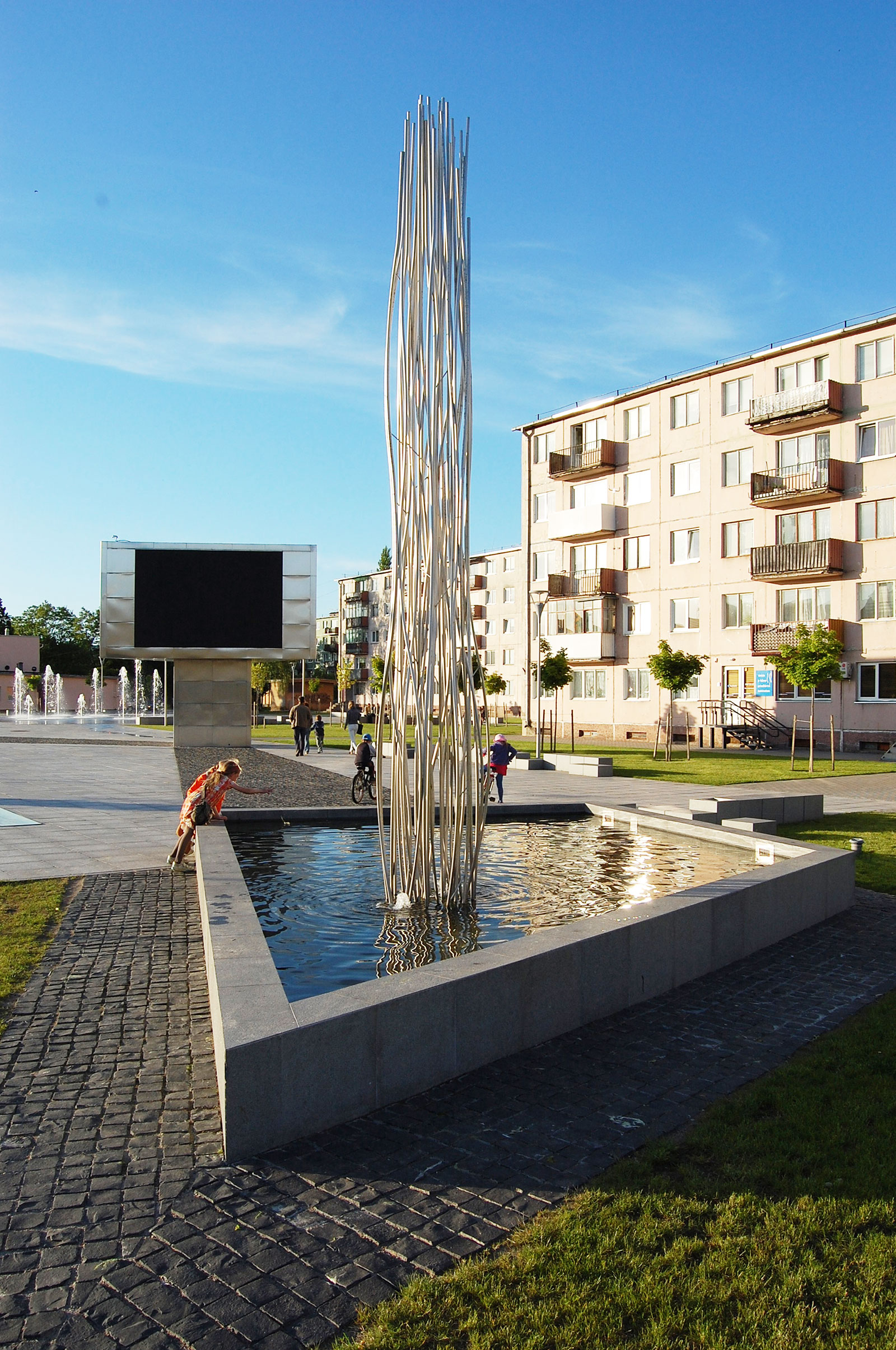 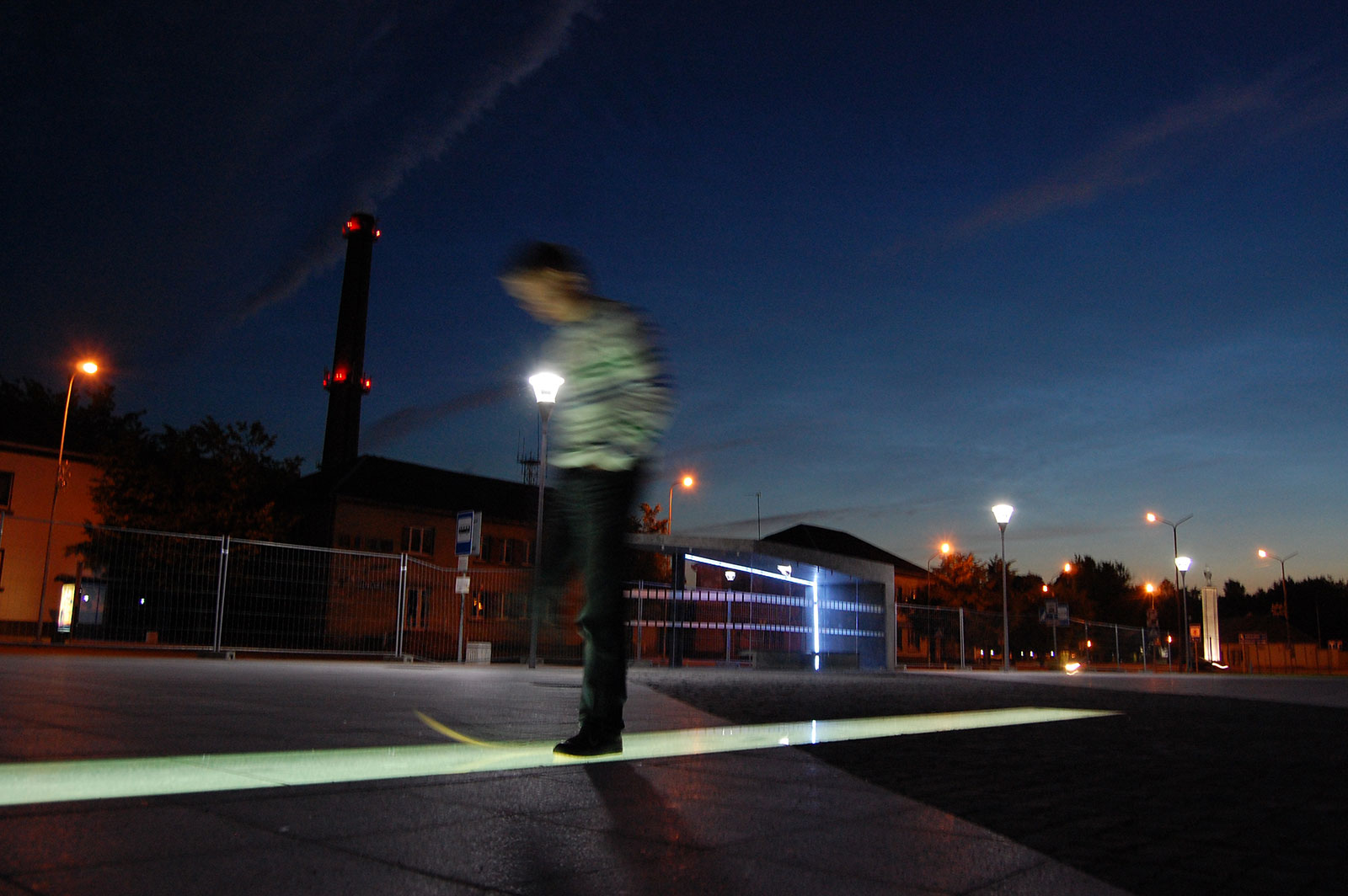 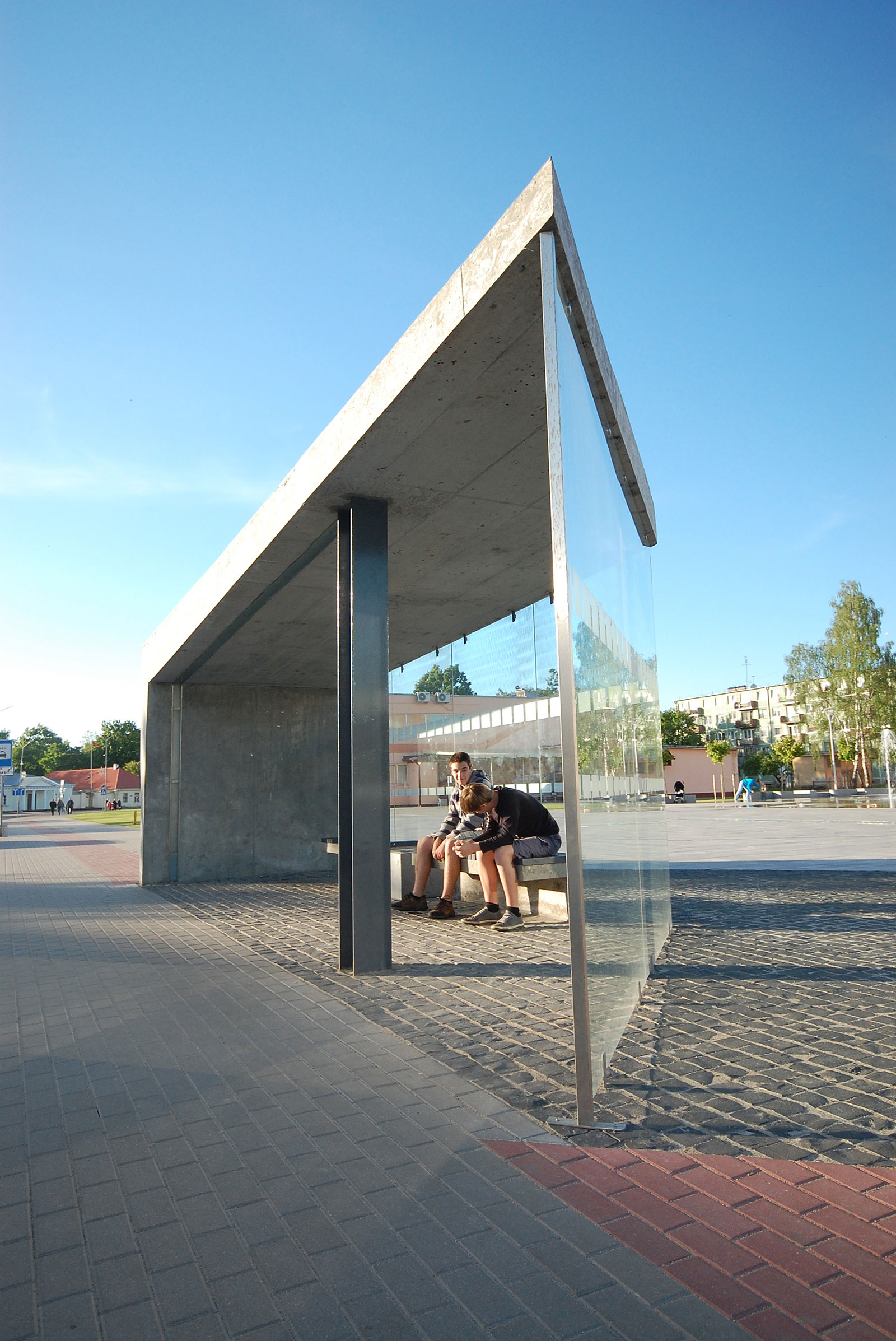