To create such an architectural character, which is clear, unique, in harmony to the landscape, preserves and highlights the natural surroundings, and the nature itself.

Integration to the environment

The place of the house in the quarter: the angular, square-shaped land plot which starts the row of villas emphasized with a small-volume turning, it maintains the line of the built-up area.

The management and landscaping of this land plot was a delicate solution: the already growing trees were preserved, a lot of emphasis was put to the natural landscape – the existing blossoming meadows were maintained as well as new ones were projected, a lot of attention was paid to the terrain gradual growth in height which, in combination with the newly made mounds creates privacy for the land plot; natural and environment integrating covers were projected, such as wood chip covers, natural stone, various types and sizes granite covers. Two exterior terraces were projected with a close relationship between themselves as well as to the interior and yard environment of the house itself.

The building is convenient to use and functional. This was reached thanks to the division of the spaces into four functional zones: the living zone (kitchen, dining room, and guest room), resting-sleeping zone (the major sleeping room with the wardrobe and batch, two sleeping rooms for children with a WC and shower), SPA zone (Jacuzzi and leisure room, sauna, WC and shower), garage and utility rooms’ zone. These zones are connected with a spacious corridor and open-type interior yard.

The building by its volume, proportions, and the selection of materials has a good integration into its surroundings. The solid-looking, sculptural concrete decoration of the building outlines the volume if the building on the first perspective, and shade lines emphasize the contrast between the volumes and materials. Clear horizontal facade lines can be seen from the side of the main street, the intersection of the SPA and living zones appears impressive. Facade decoration materials: concrete slabs, seamless clinker blocks. 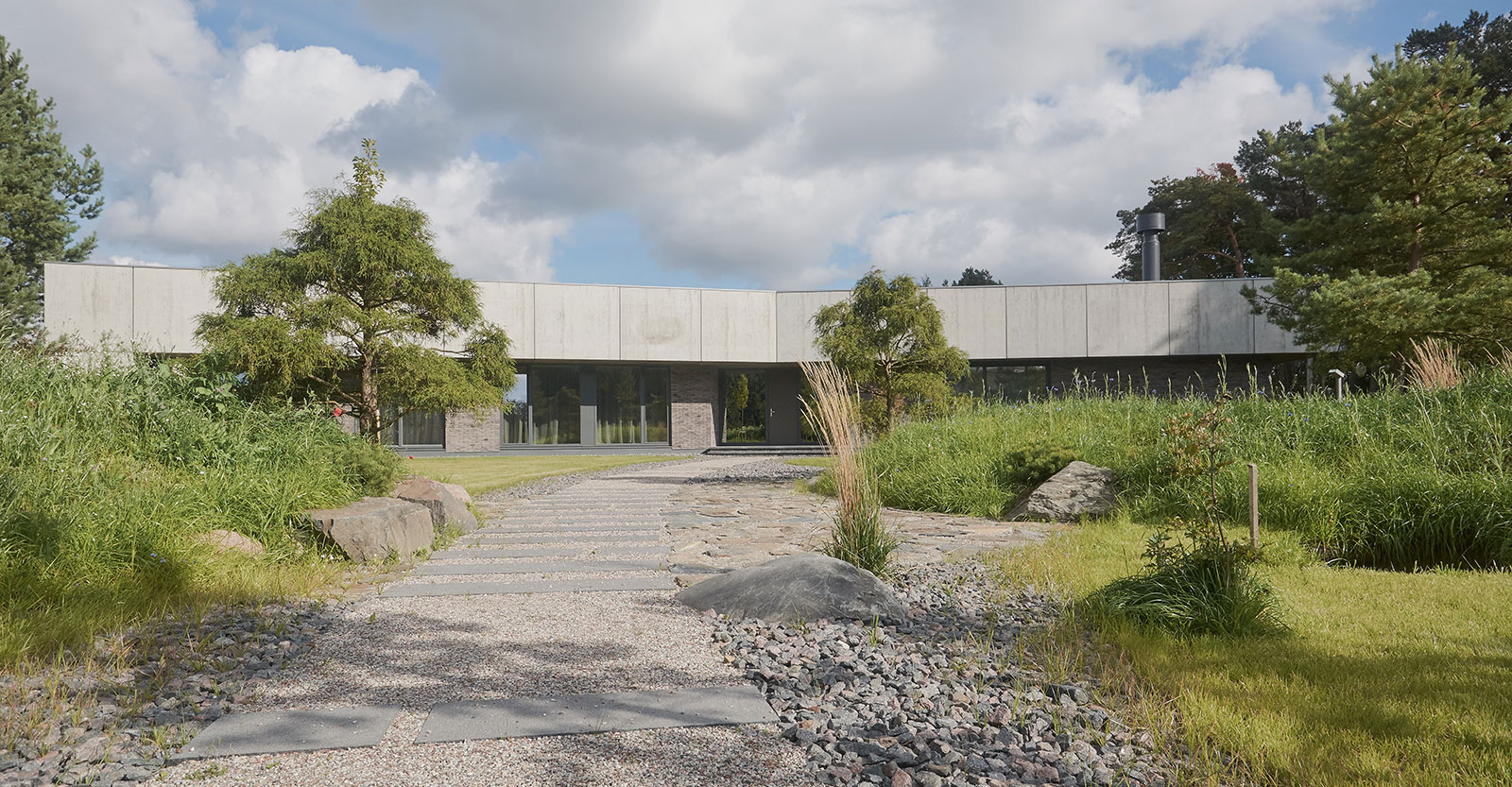 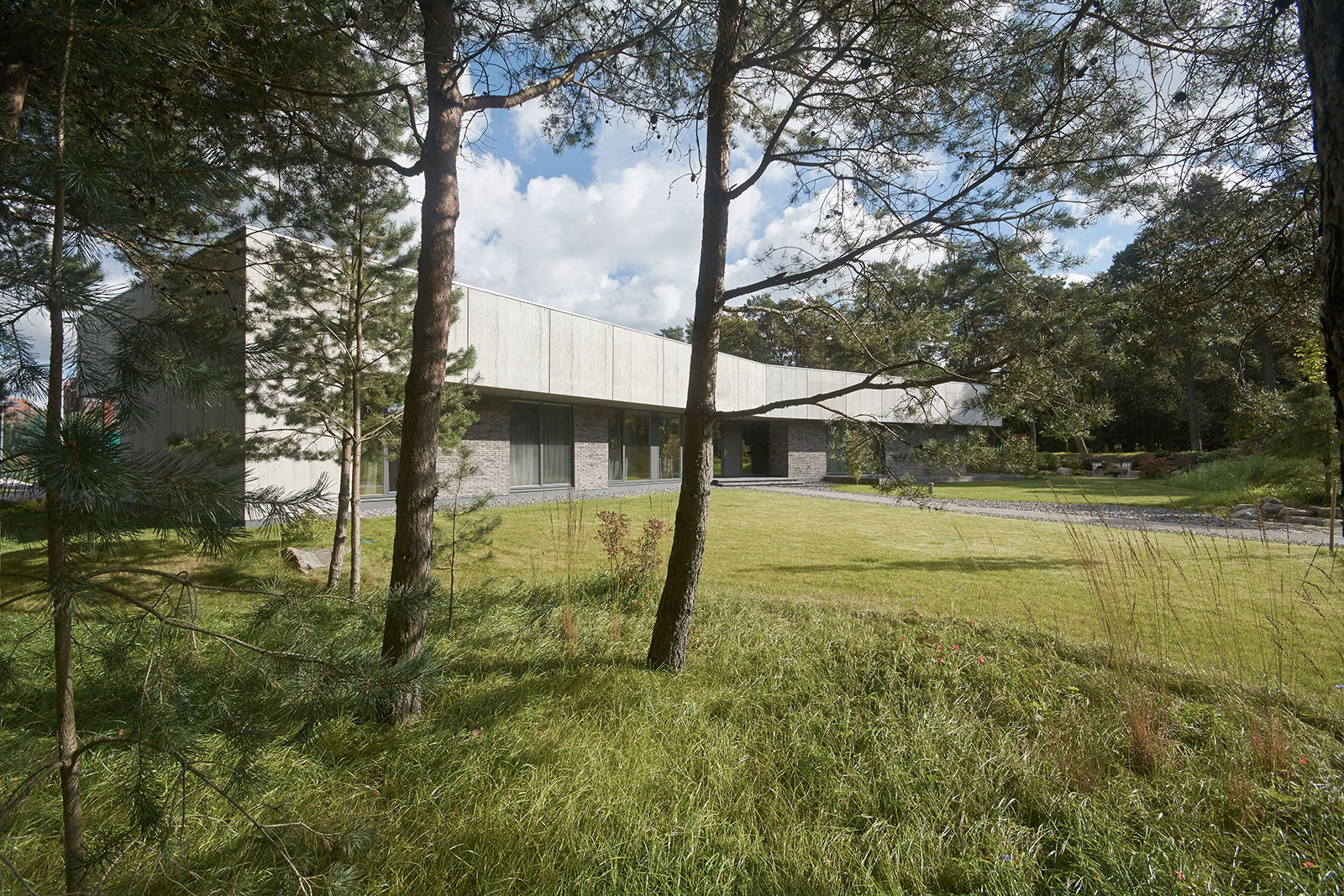 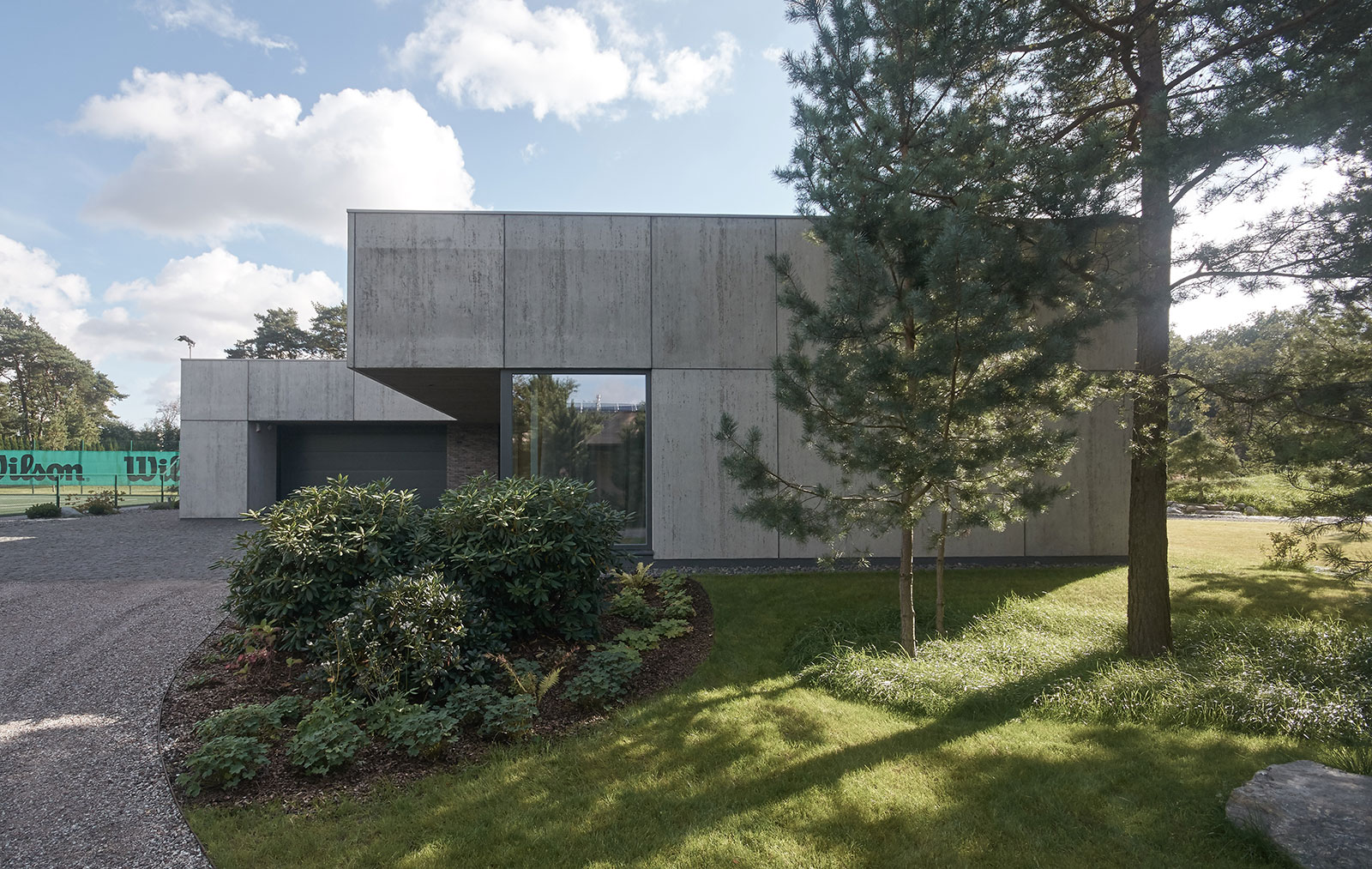 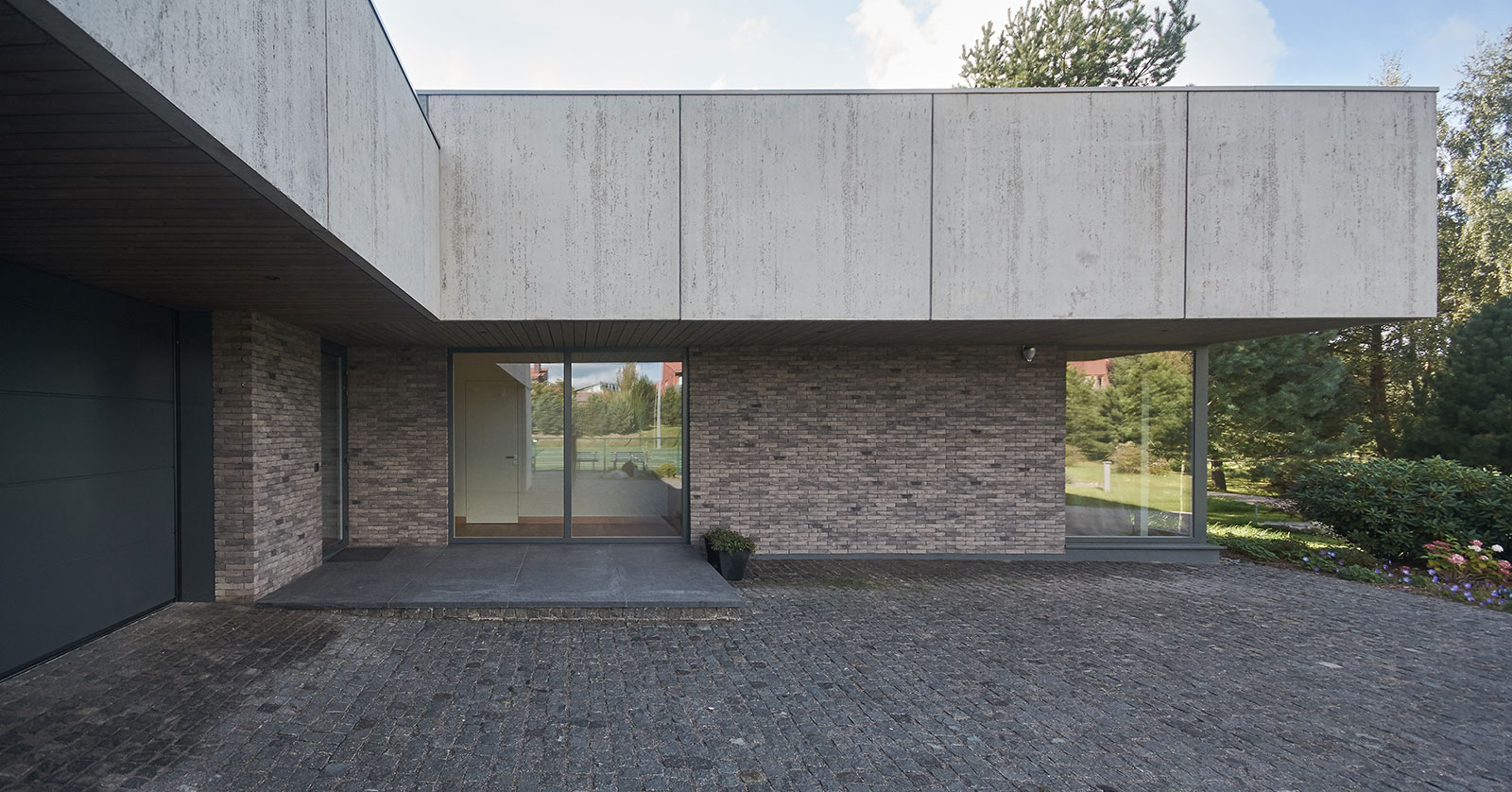 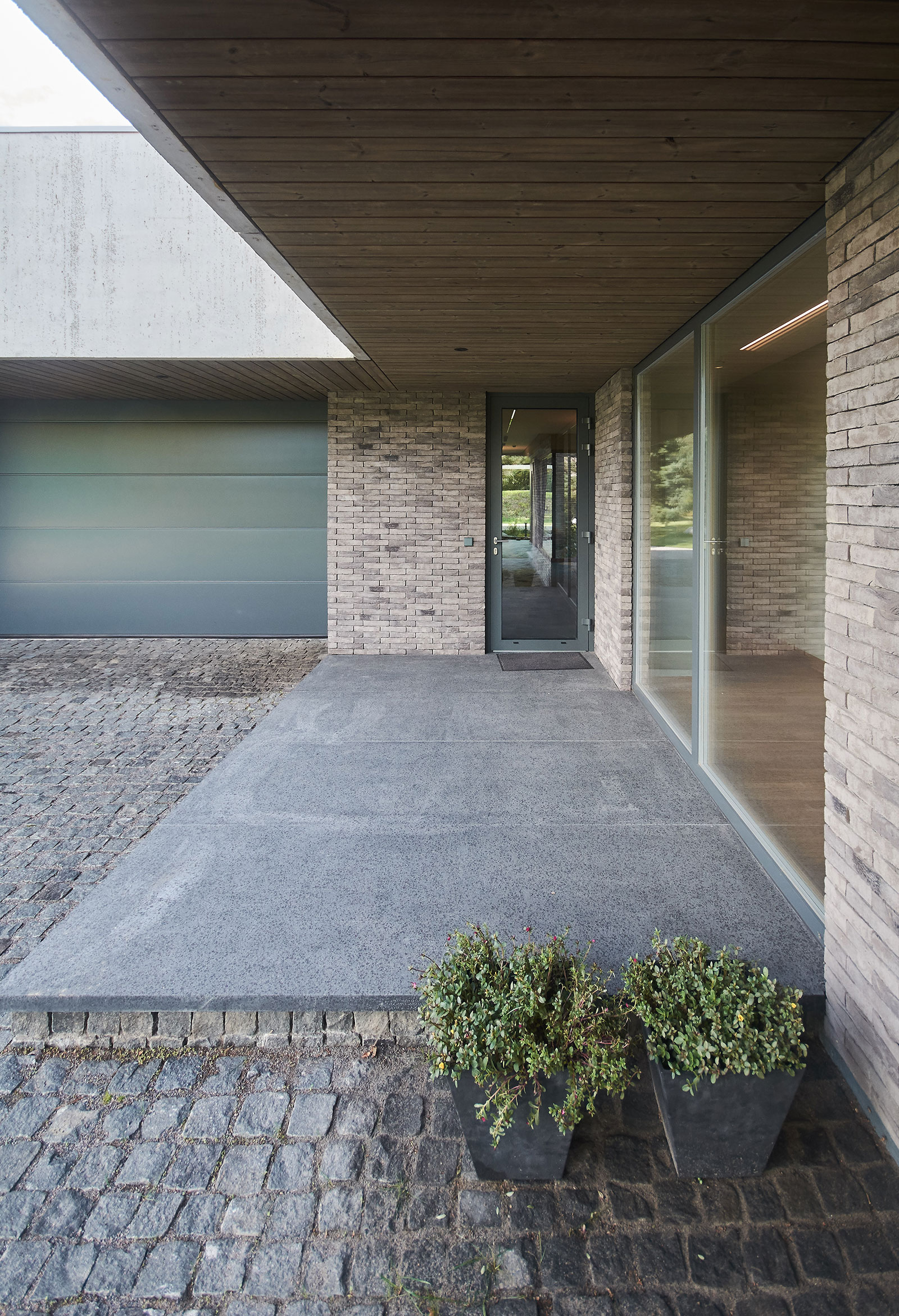 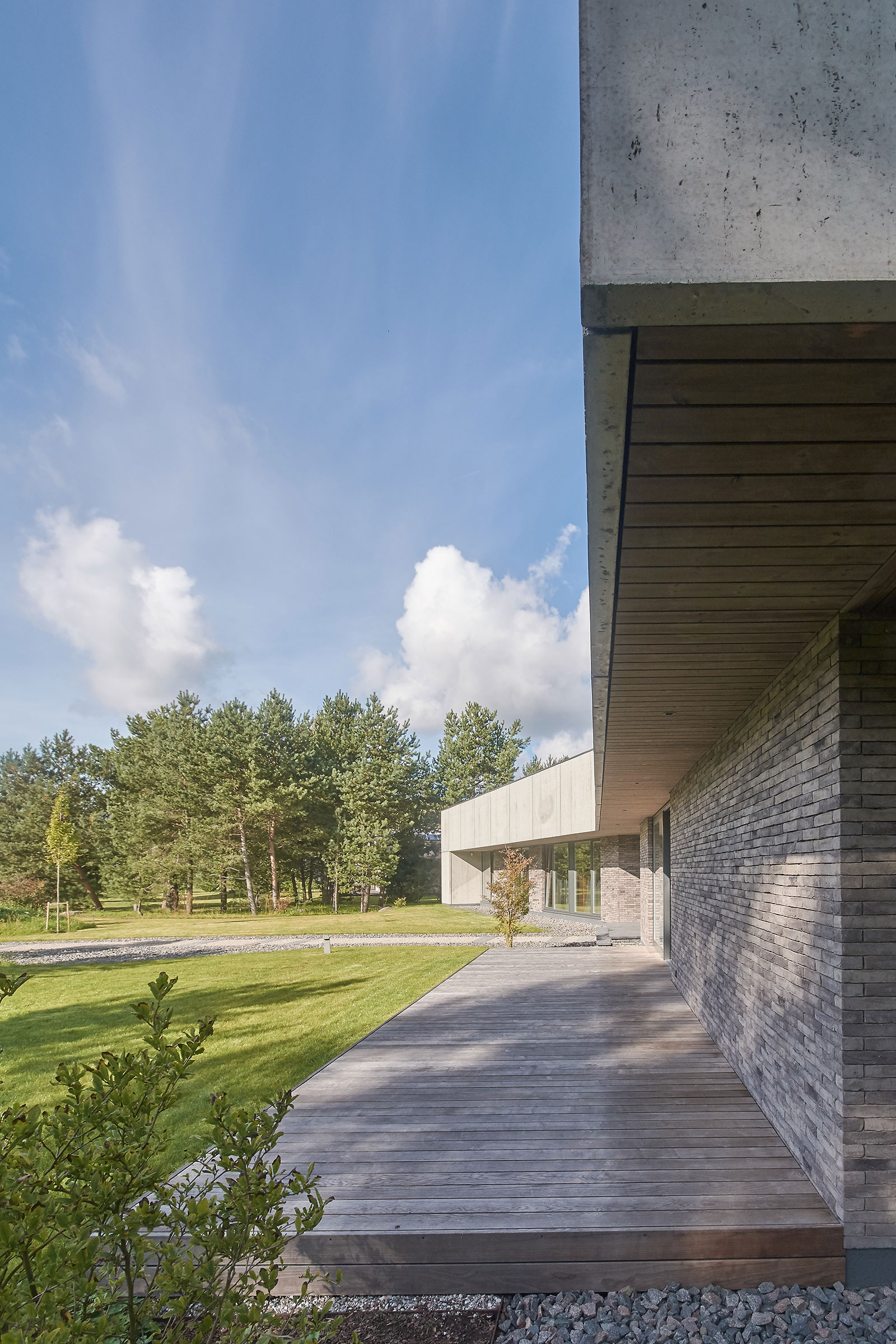 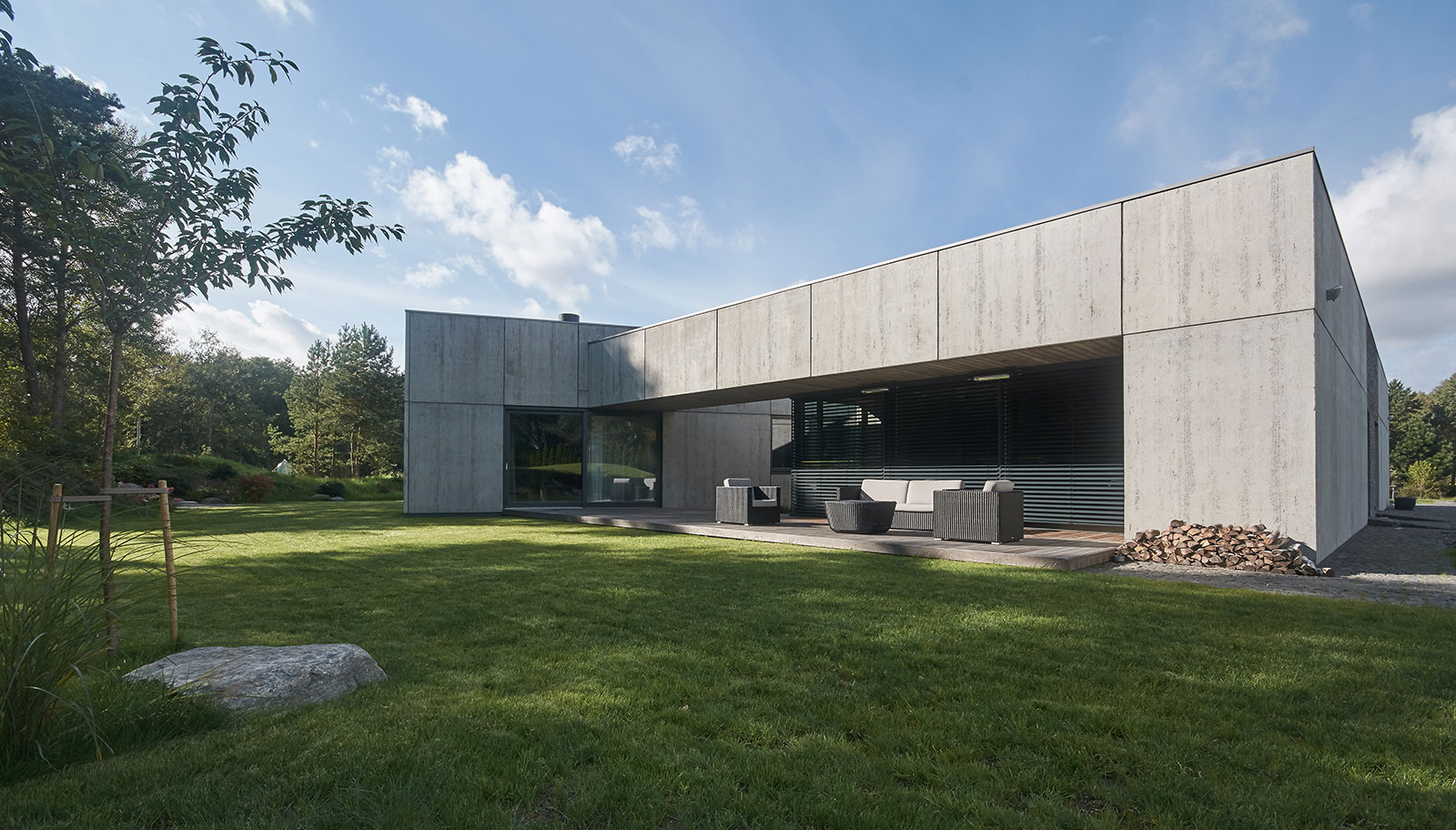 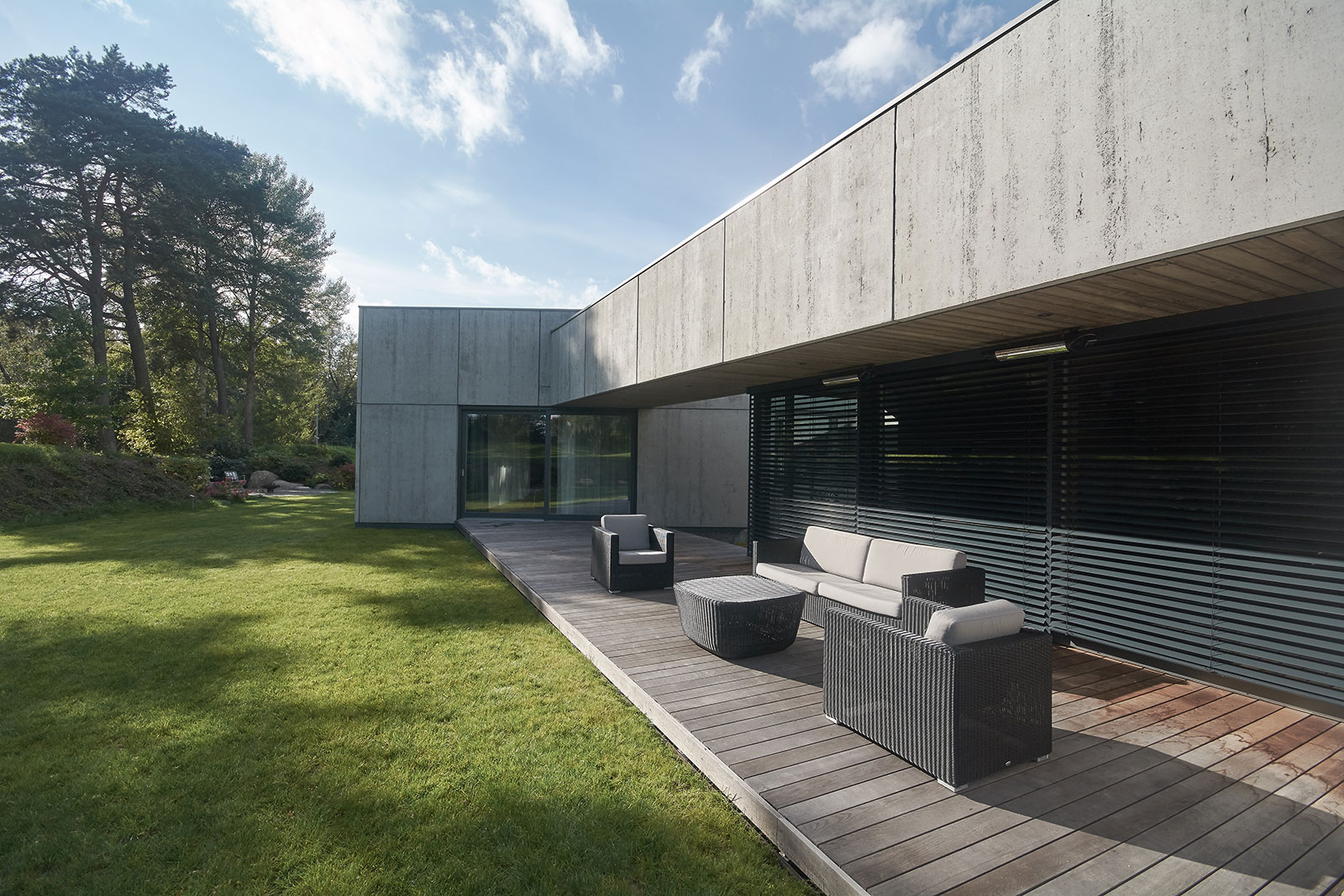 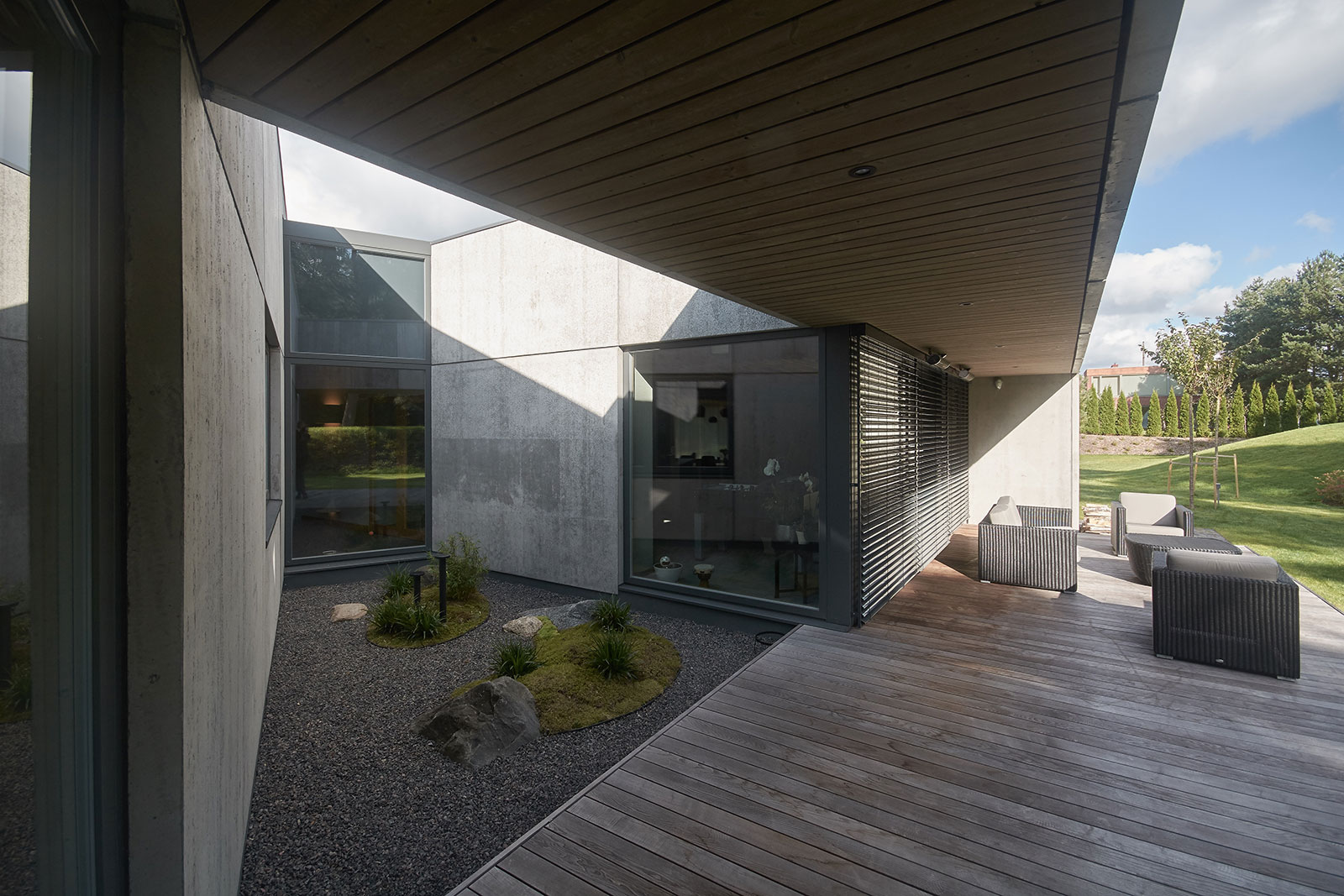 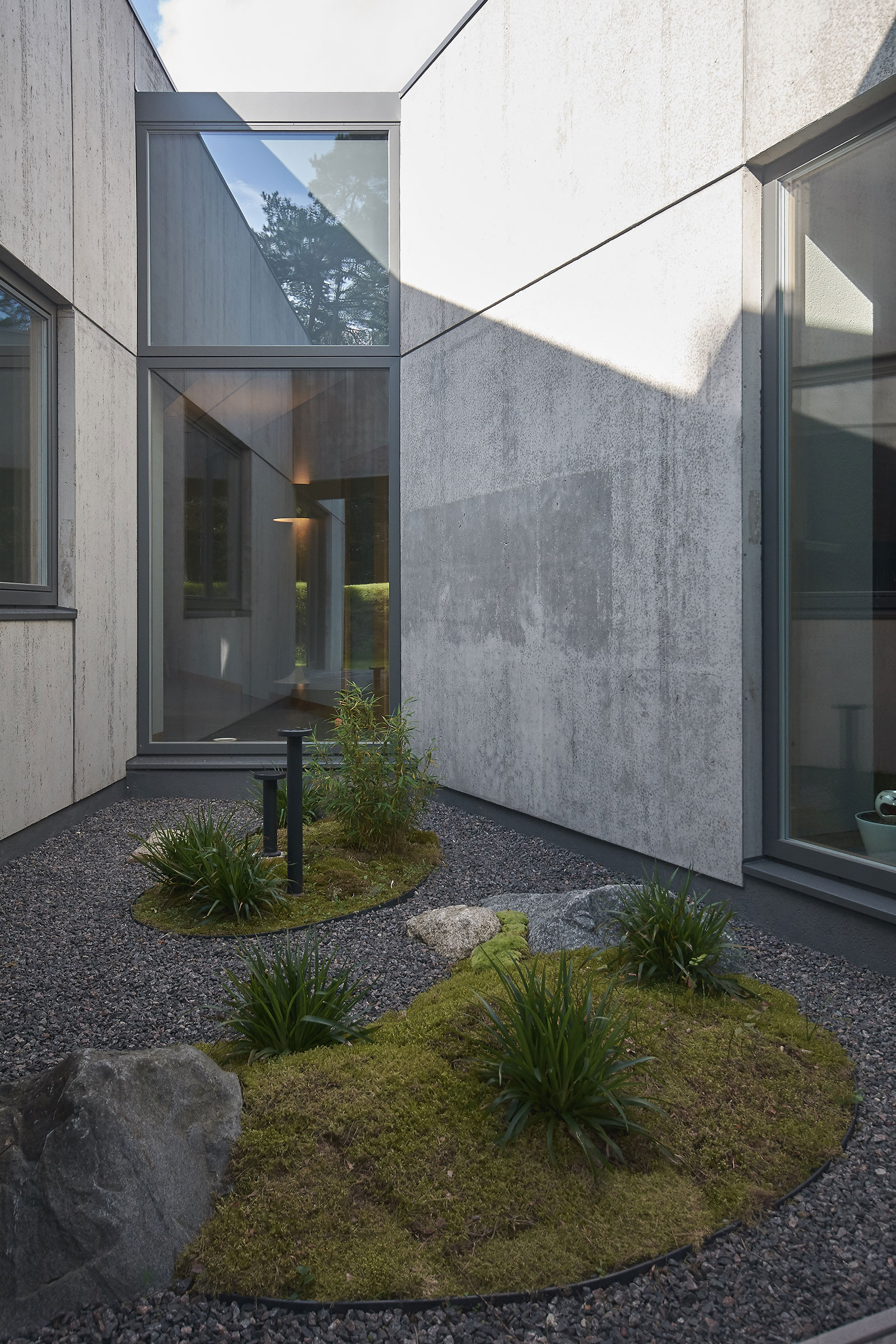 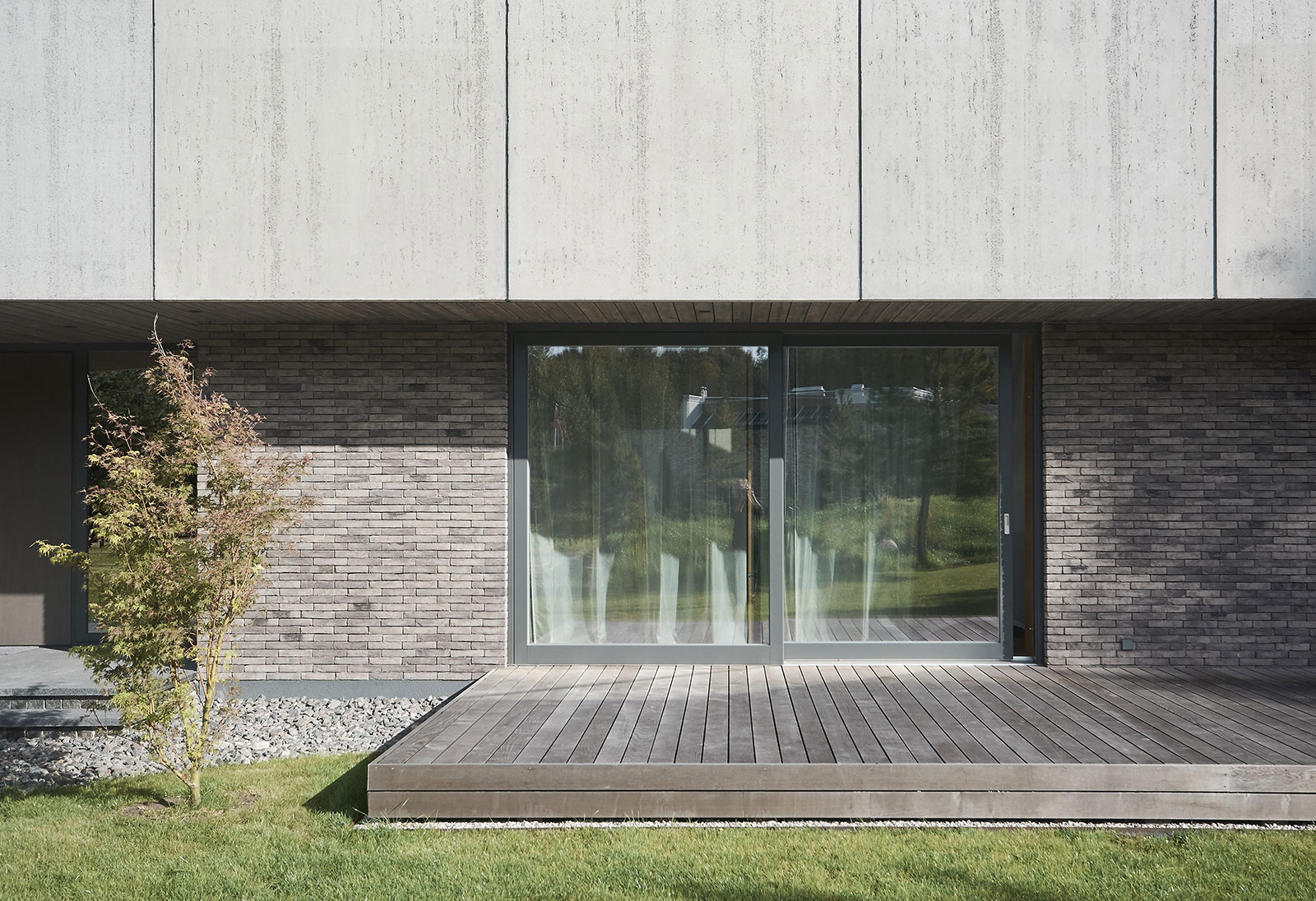 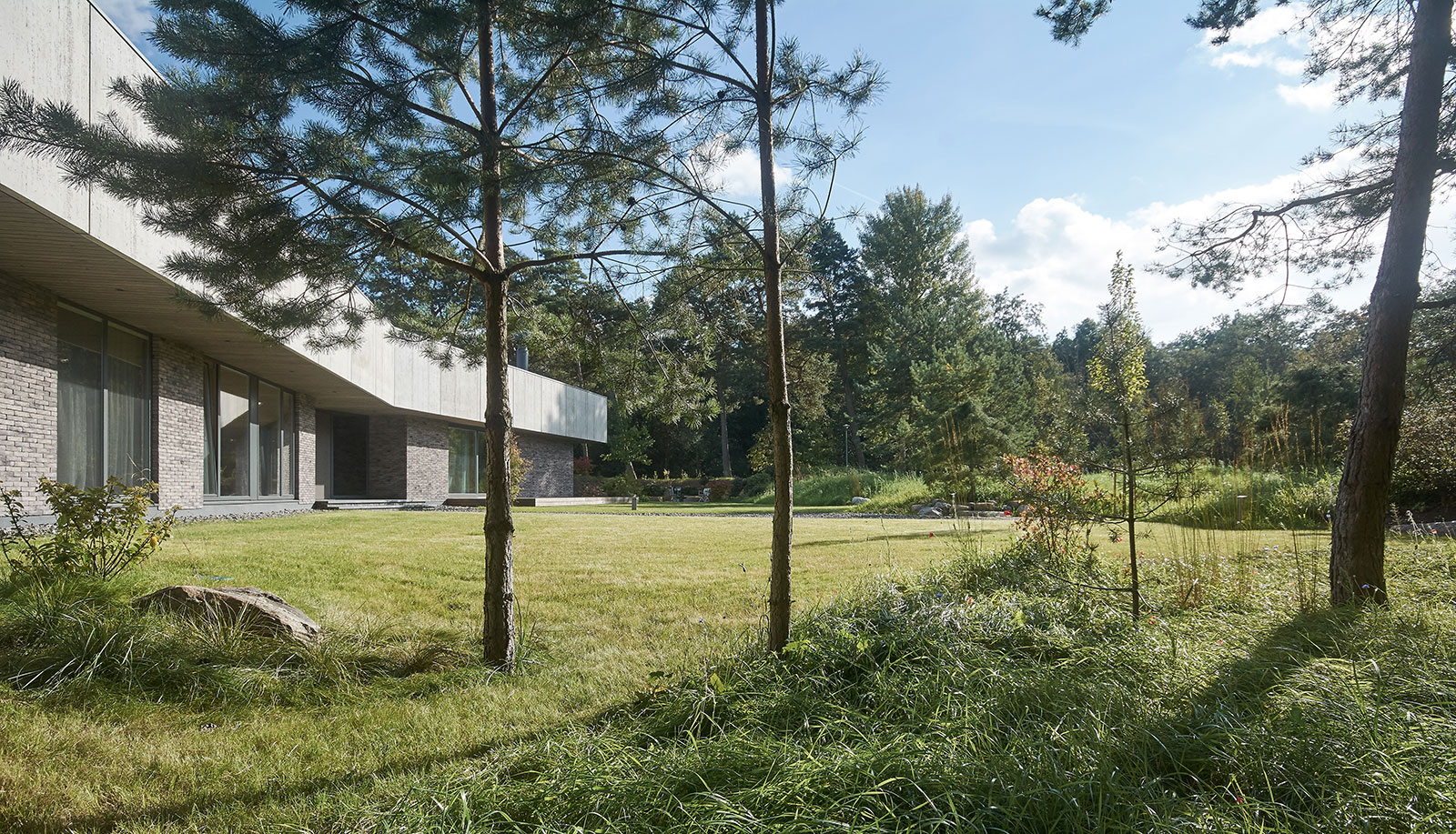 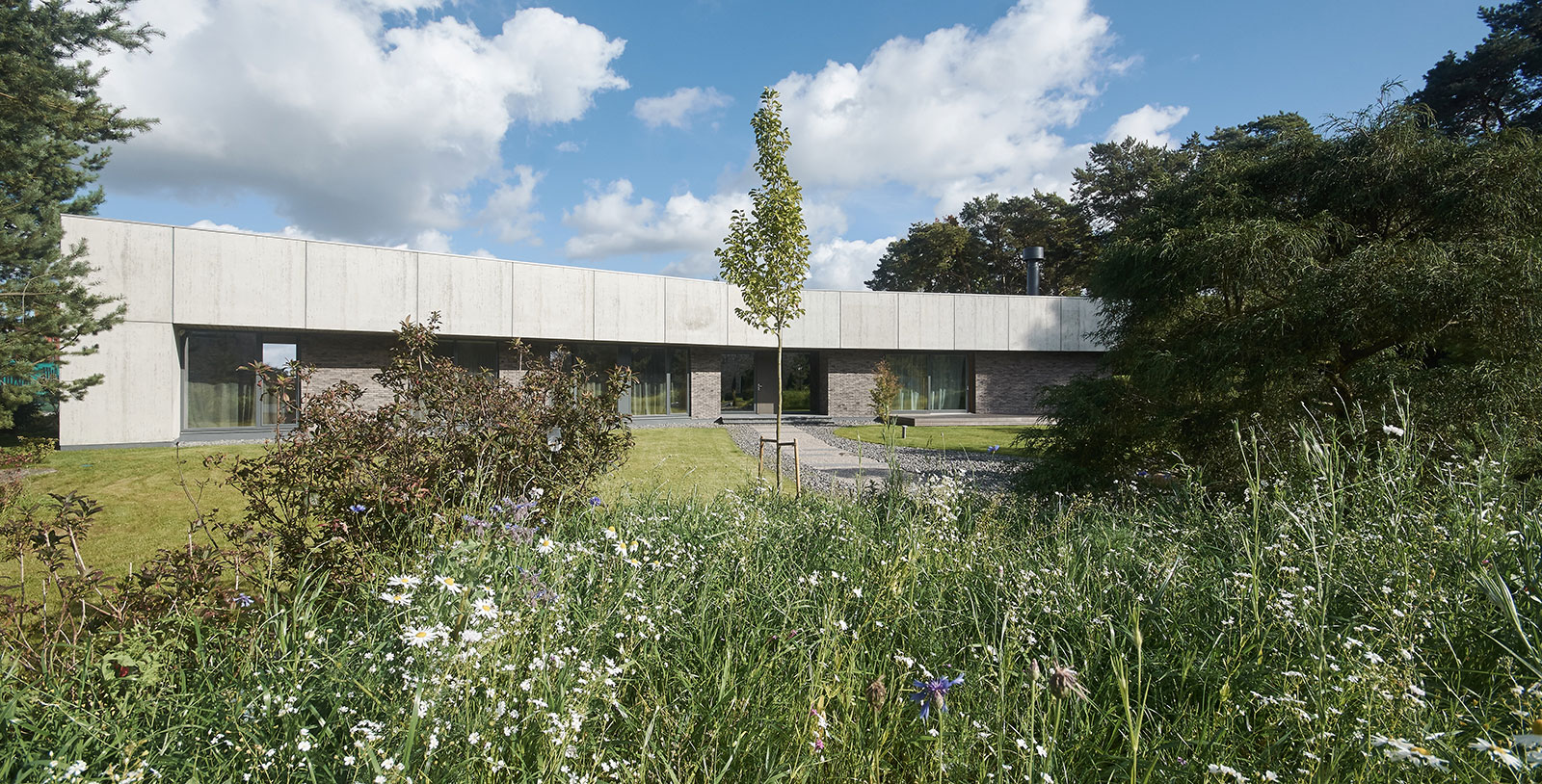 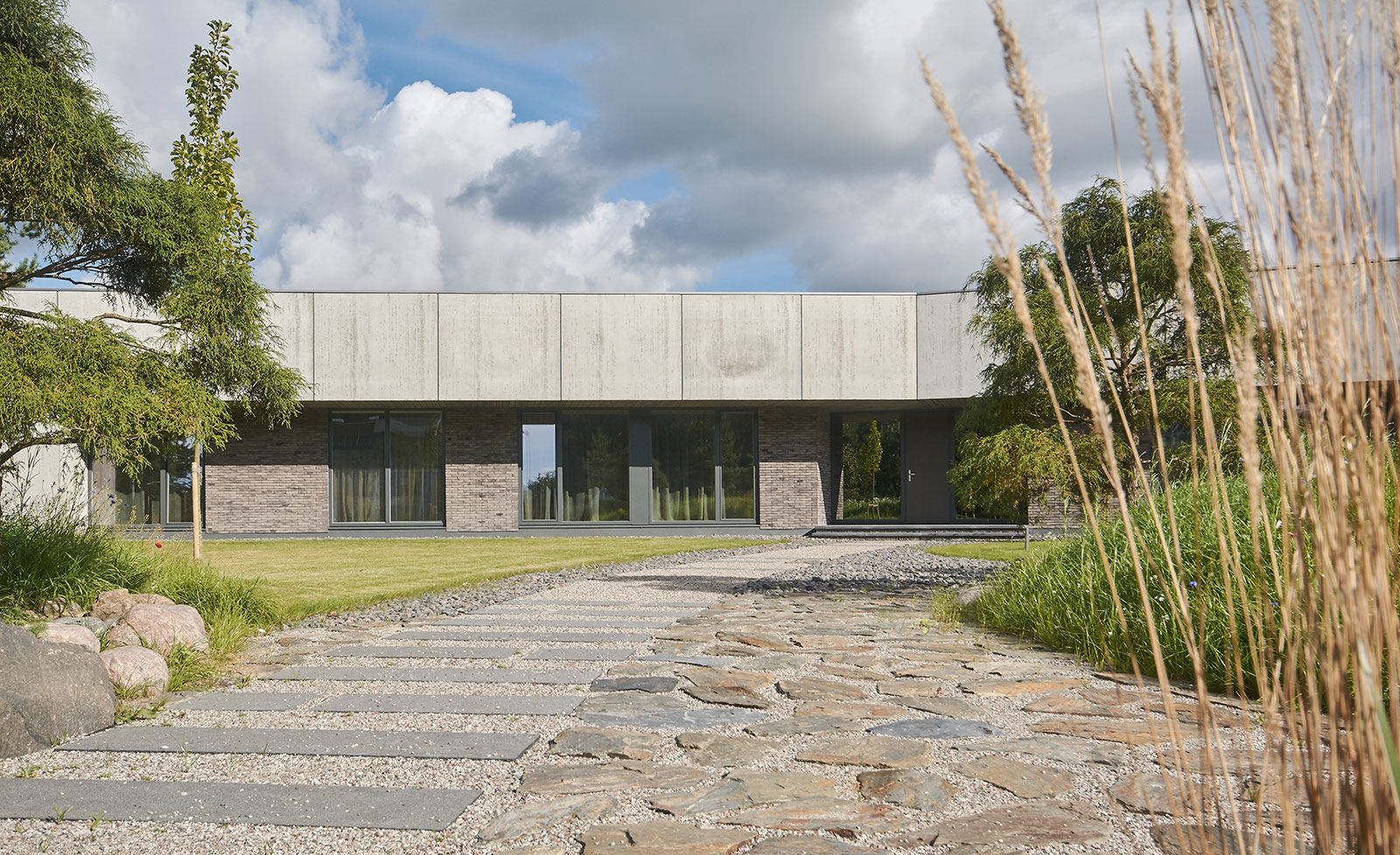 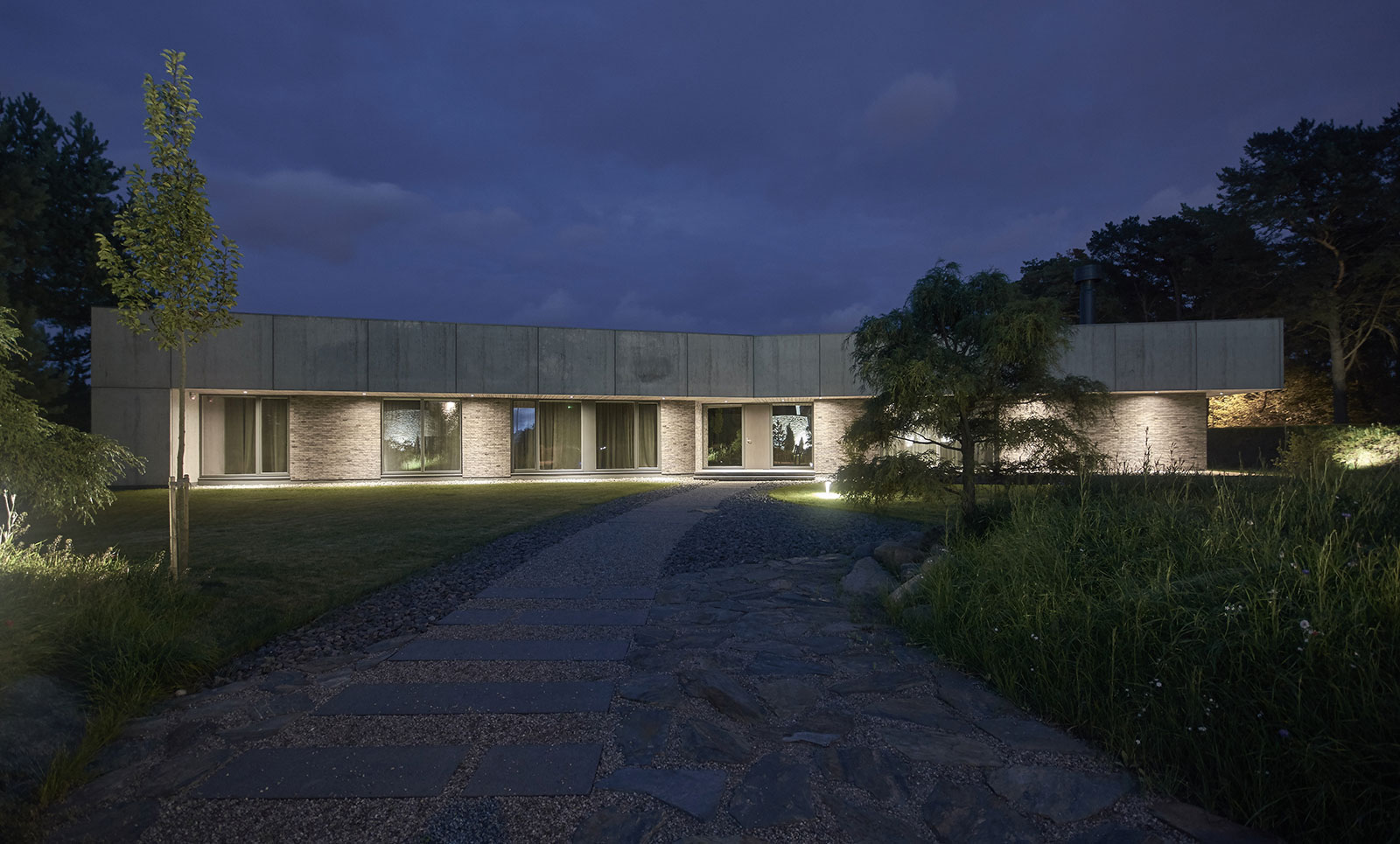 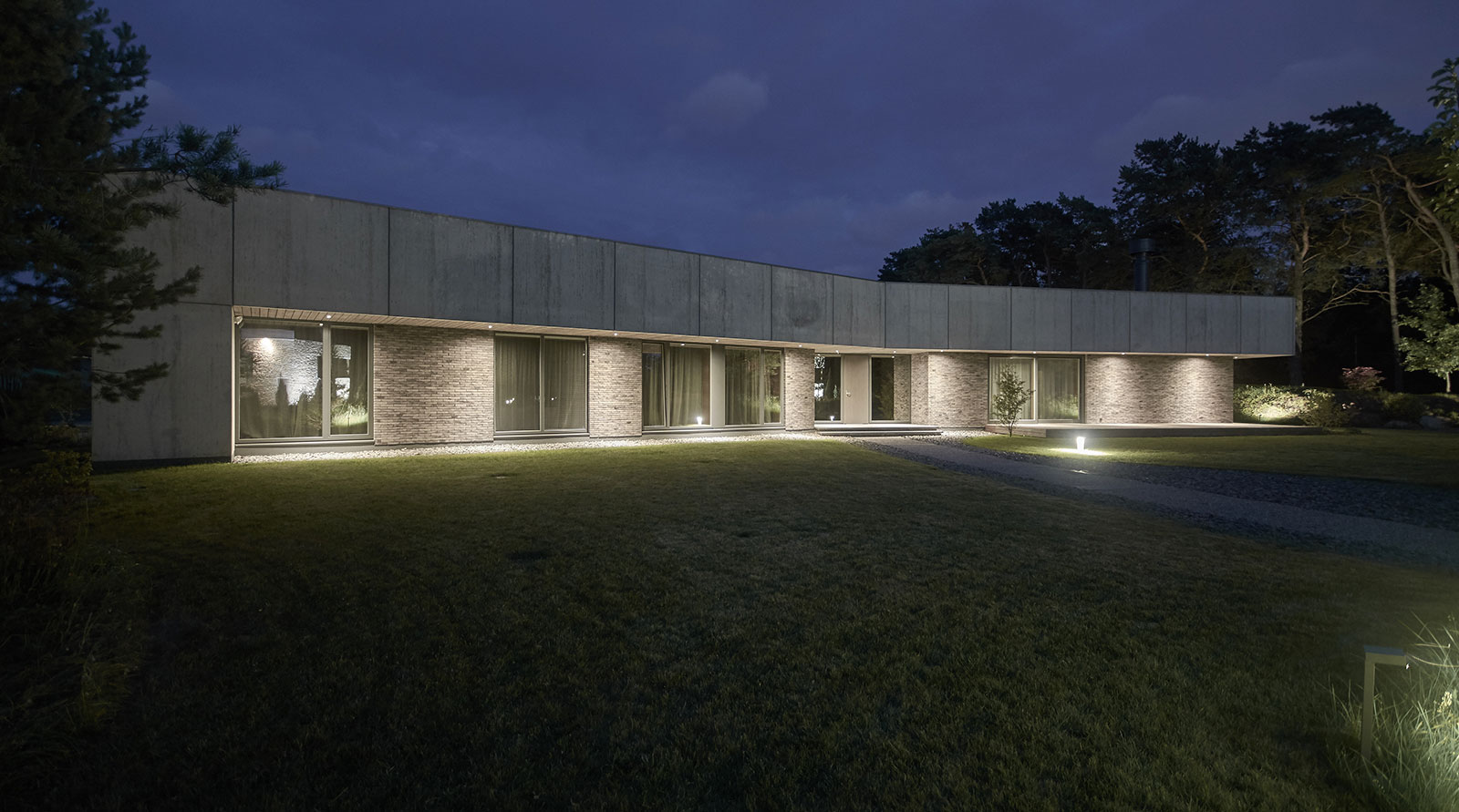 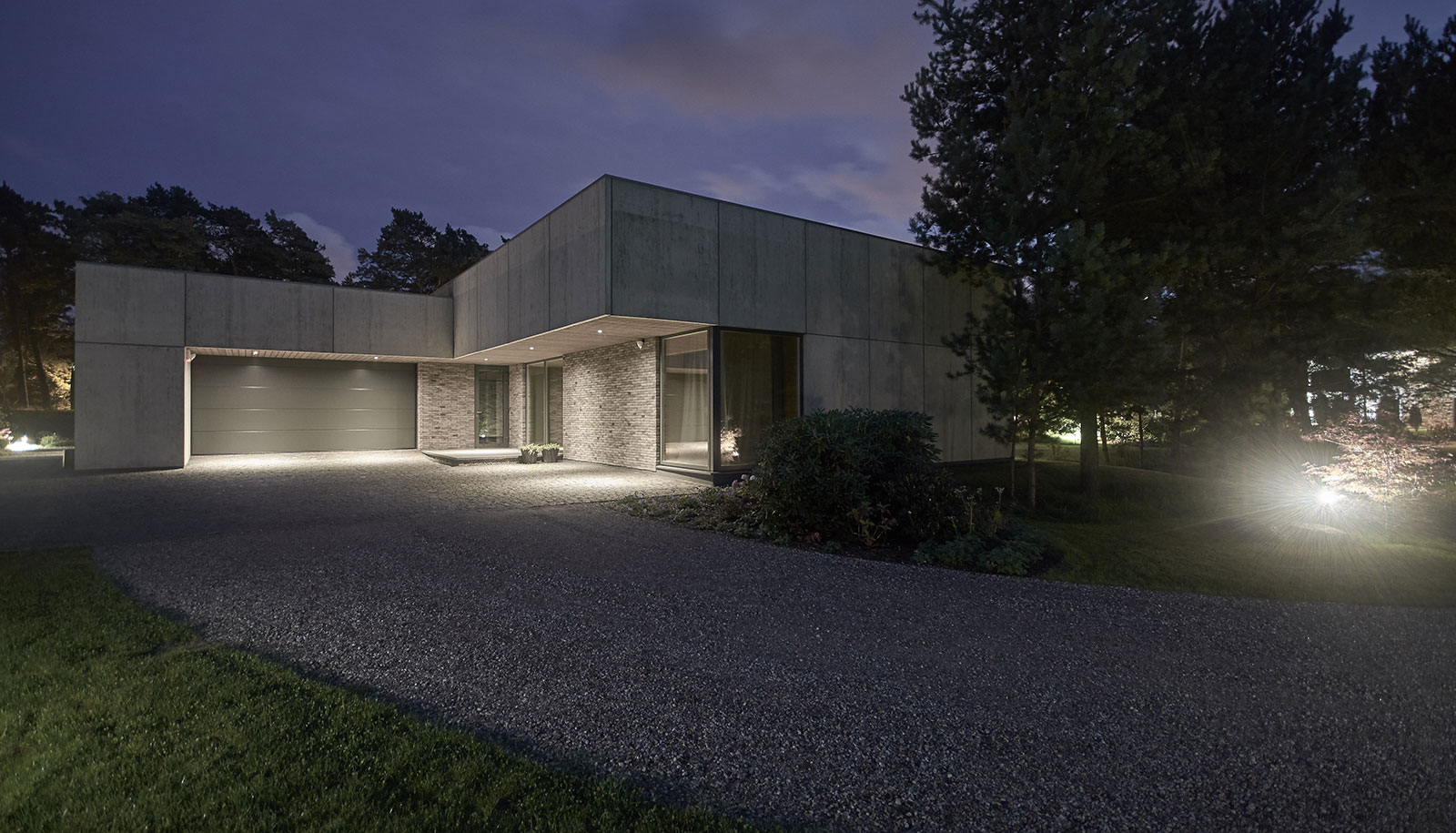