Winner of “Look at yourself 2019-2020” – Lithuanian Contemporary Architecture Awards.

Harmony, Interconnection, and Intercommunication are the core values ​​on which the contemporary business center ALIA was designed. Using the latest technology and engineering solutions, a sustainable reconstruction strategy was chosen, thus resurrecting the old structure to new life. Built next to the bend of the Nemunas River, in Kaunas, the building has become a place where business, nature, and the city merge into a fusion.

The building is oriented towards the river and the green slope of Kaunas. At the same time, the rectangular shape of the volume distracted from the street in order to form a central composition, in which the building in the middle enjoys the surroundings of nature from all sides. On the north-east side of the area, a surface-level car parking with 200 slots has been designed, and in the south-west, a slope descending towards the river leads to the dock.

The reconstructed old structure has maintained a concrete frame, and two new additional floors of metal beams and prefabricated reinforced concrete floors were introduced. Fifth and partial sixth-floor construction use glued wood elements. The floor of the building is raised, engineering communications are laid under them. Heating and cooling provided by using chilled beams.

The existing 6x6m network of columns in the building has dictated a planned decision on future office expansion and lease options. The goal was large tenants, so the main engineering connections, an elevator, and two staircases were designed in the center of the building, leaving room for offices on the perimeter. On the ground floor, there is a hall, a reception, a restaurant, and a co-working space. The second, third, fourth, and fifth floors are analogous and designed for offices with utilities. The sixth floor offers several offices and a hall with a roof terrace.

The sharp and static facade of the building is formed by covering the frame with 2x4m prefabricated modules, which contain interior decoration, lighting, exterior cover, and openwork constructed by using elements of anodized aluminum. The vertical transparent metal structure is sculpturally dividing the facade into floors. Different densities perform the function of sun protection, provides facade with the rhythm, emphasize its solid character.

The existing ground floor concrete structure was exhibited in the main hall in order to honor the old part of the building. Electric blue metal columns at the main entrance and on the roof were symbolically emphasized to reveal the hidden skeleton of the freshly reconstructed volume.

A bright and courageous building reincarnated in a very visible place of Kaunas city, continuing the beginning of the confluence of the Nemunas river. ALIA Business Center not only offers new quality workspaces in an exclusive environment but also asks for a new architectural and urban context for the further status and function of this shore.

The developer of the project UAB ,,Klaipėdos terminalo grupė“ www.ktgrupe.lt

Energy class of the building – A

The opening is scheduled in 2019 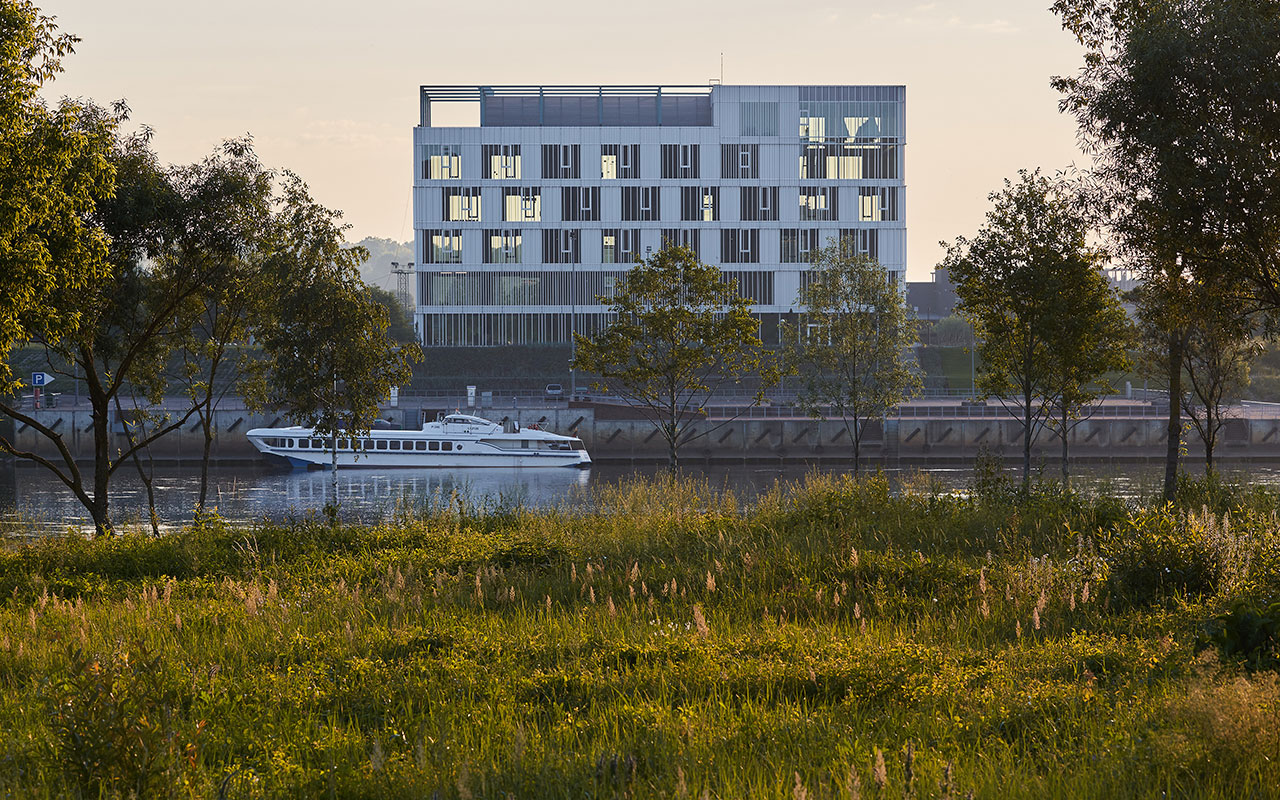 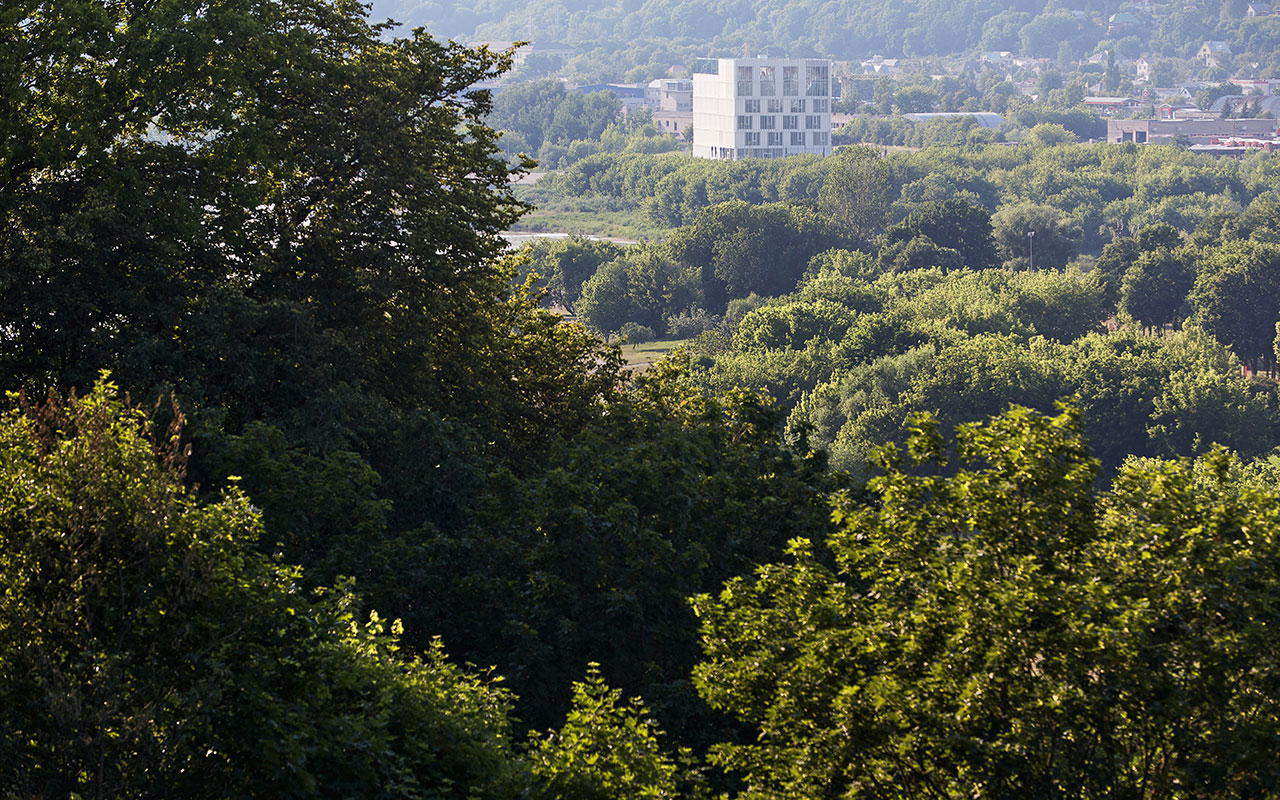 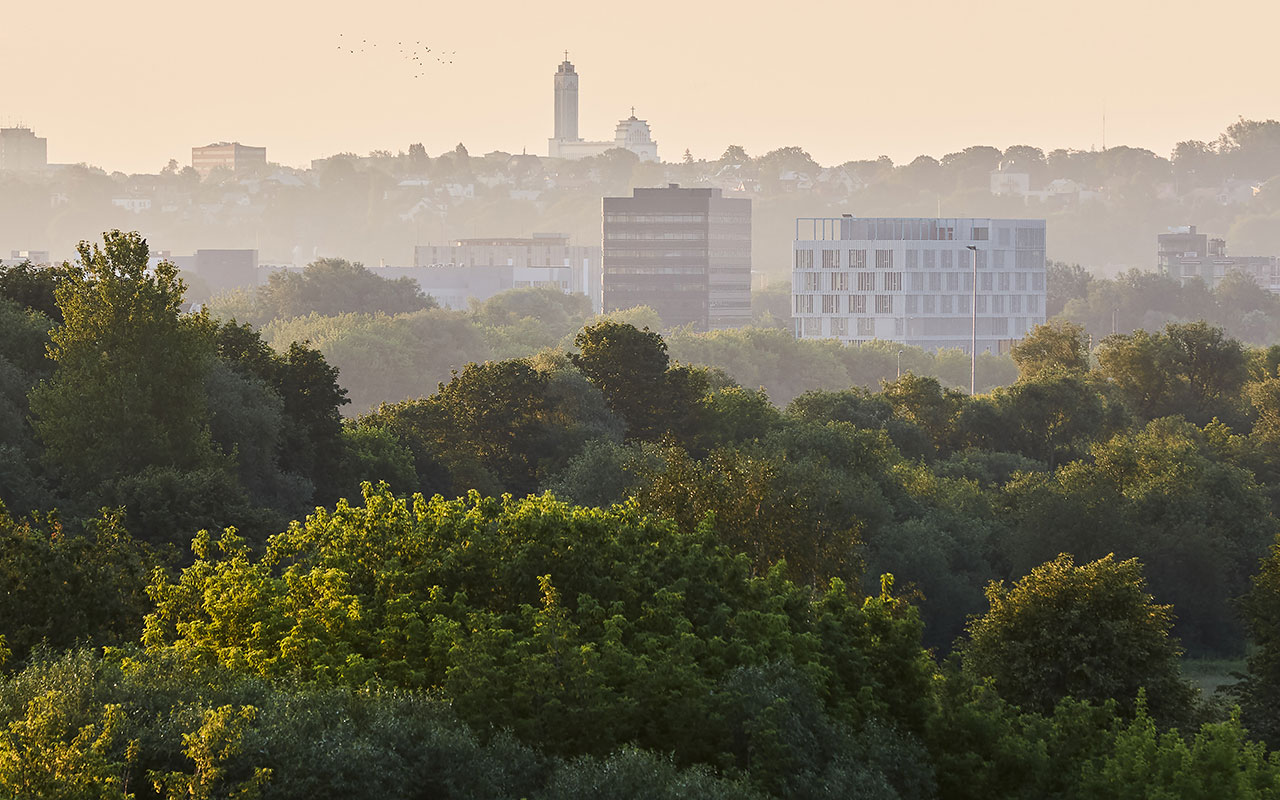 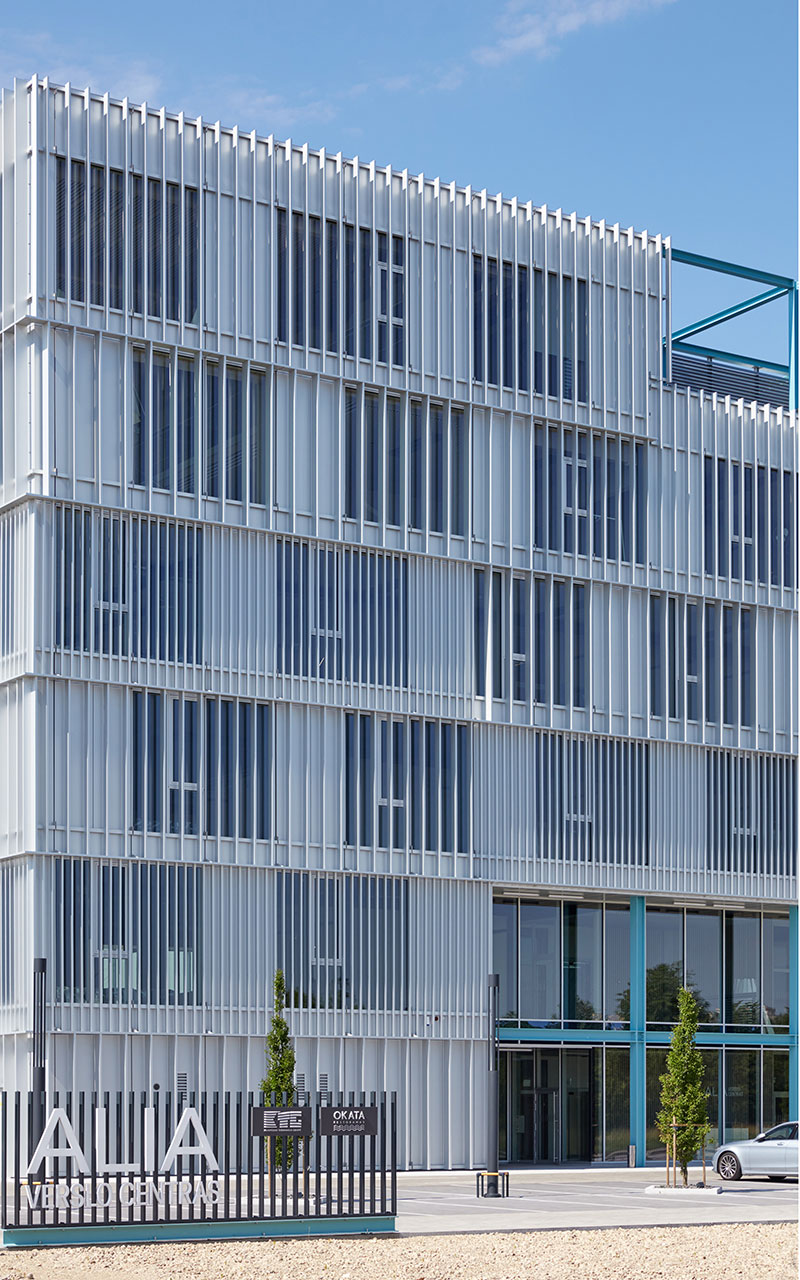 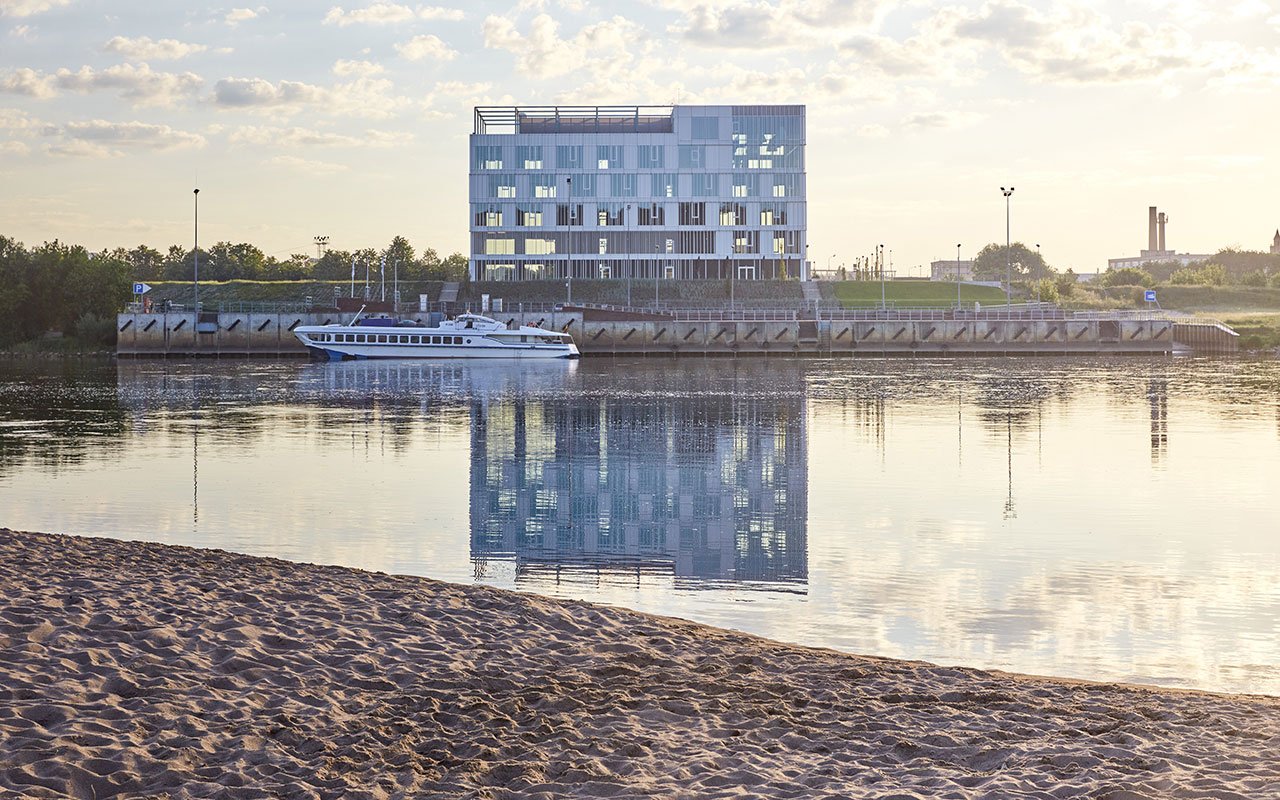 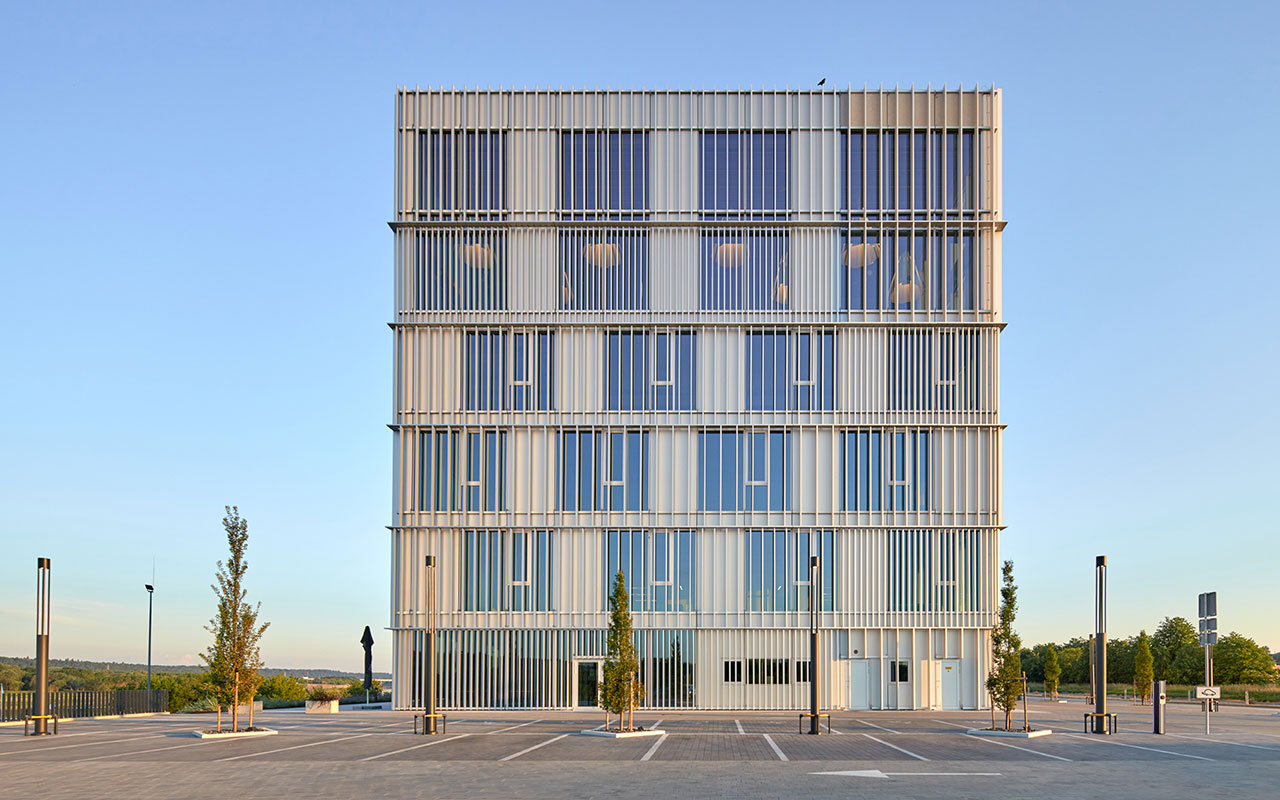 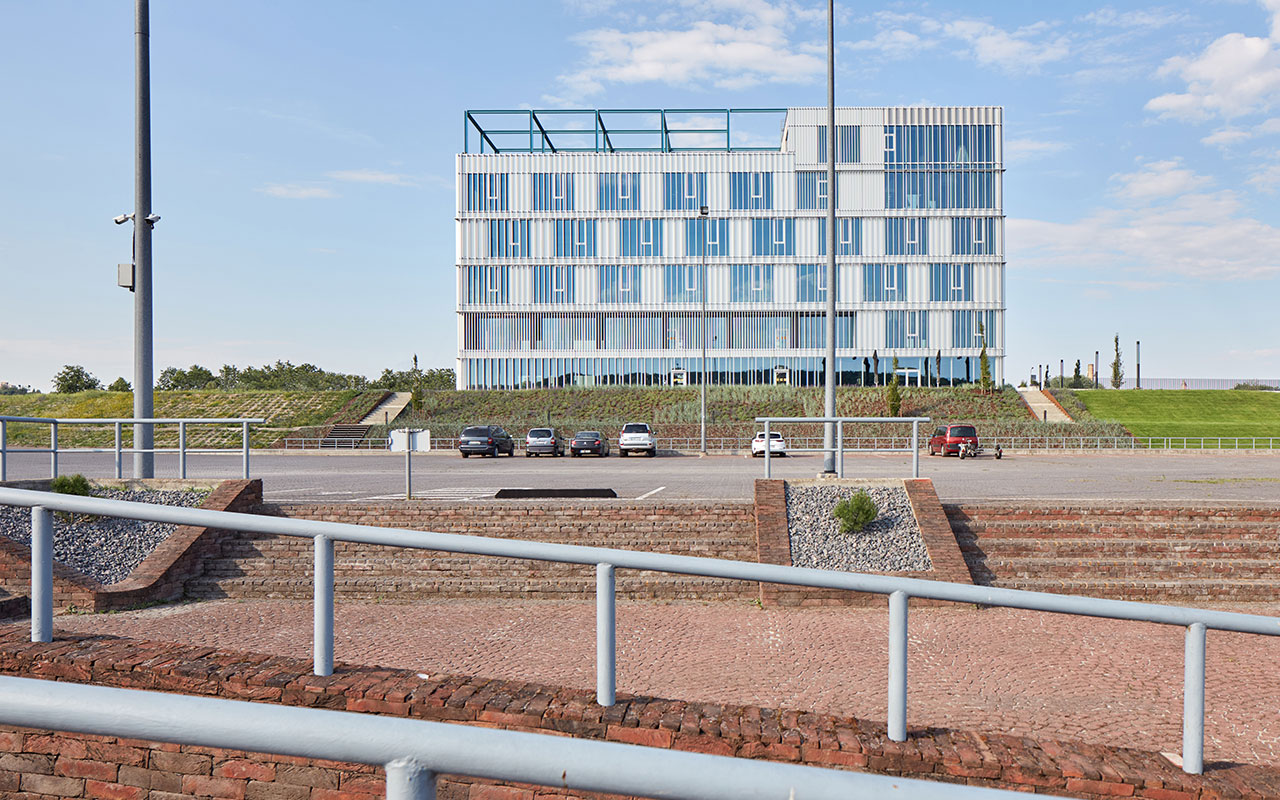 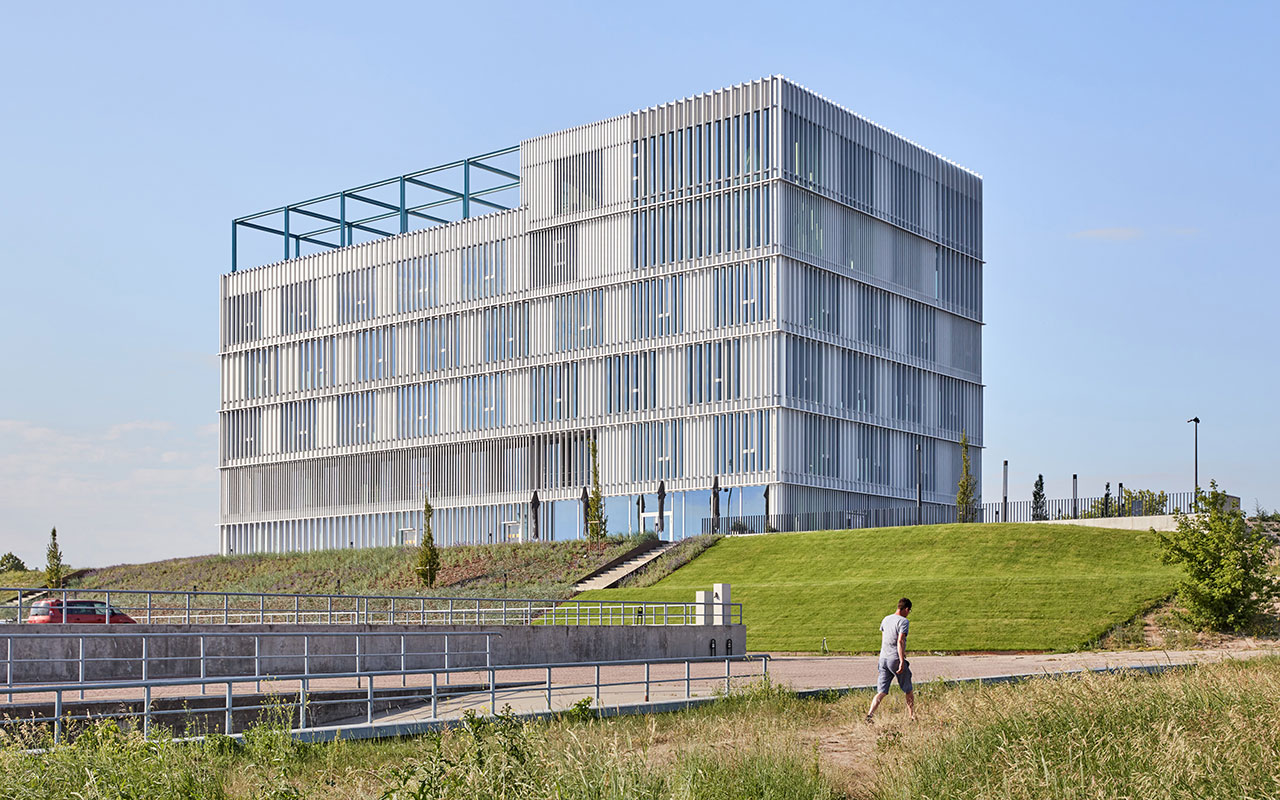 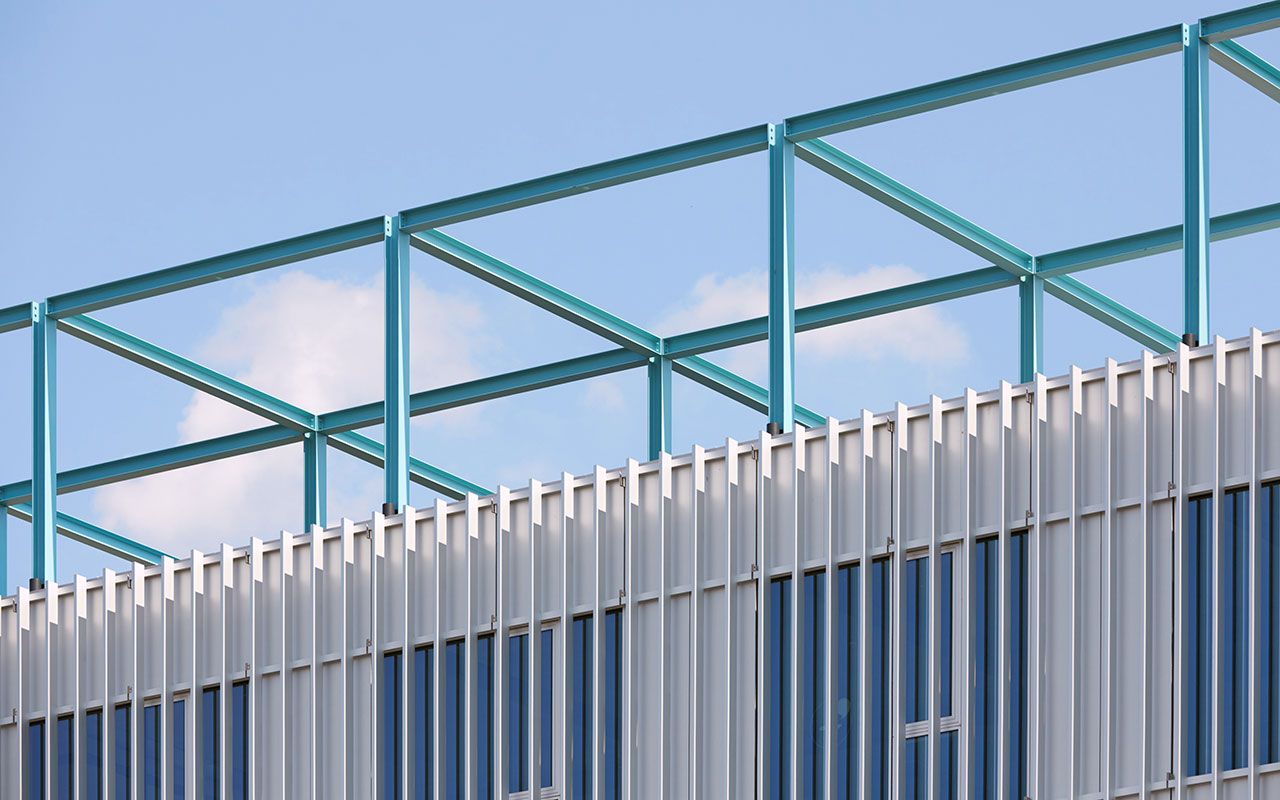 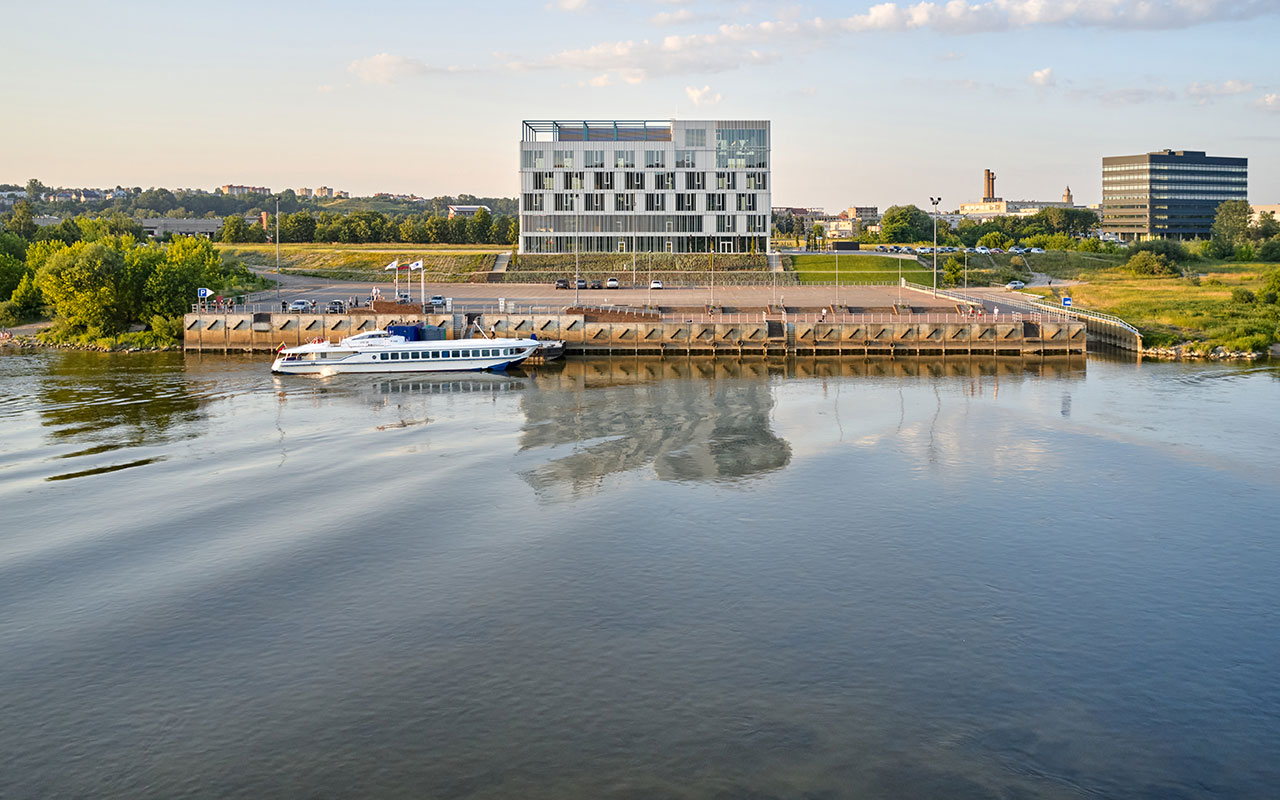 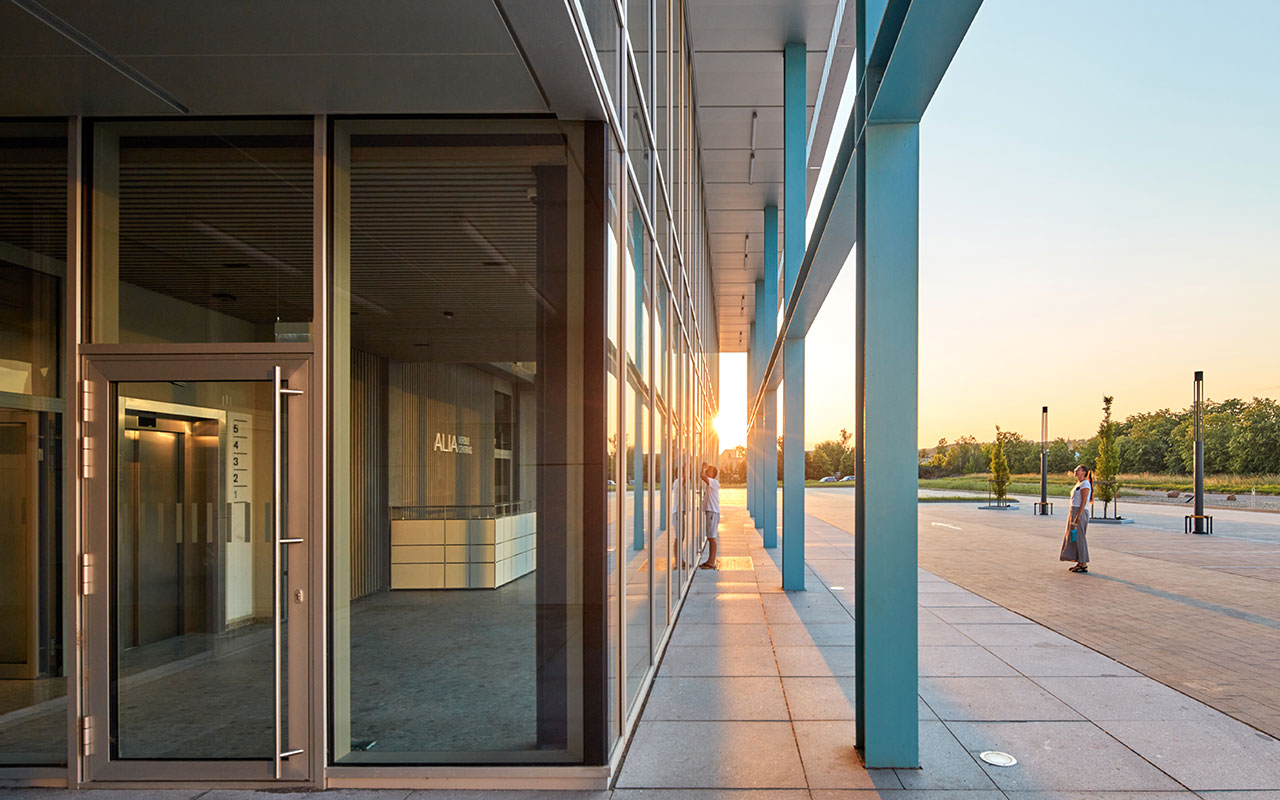 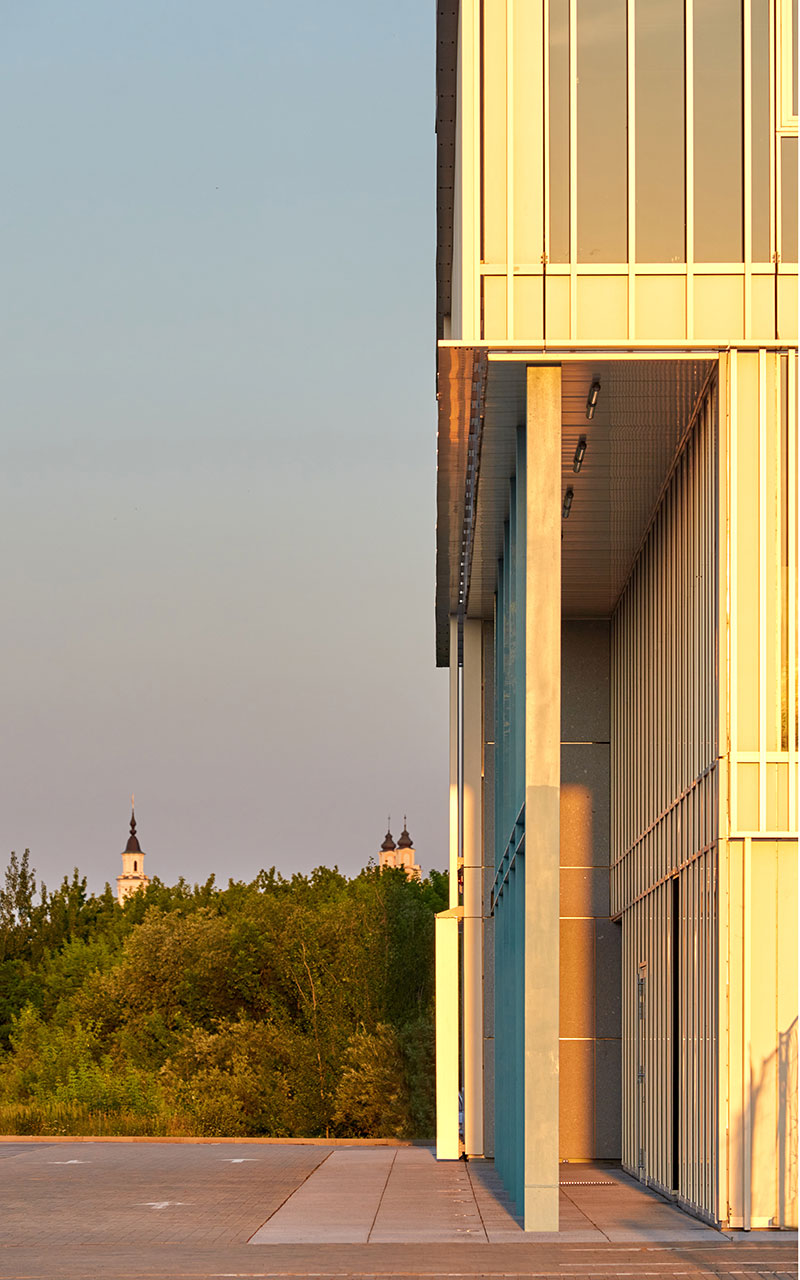 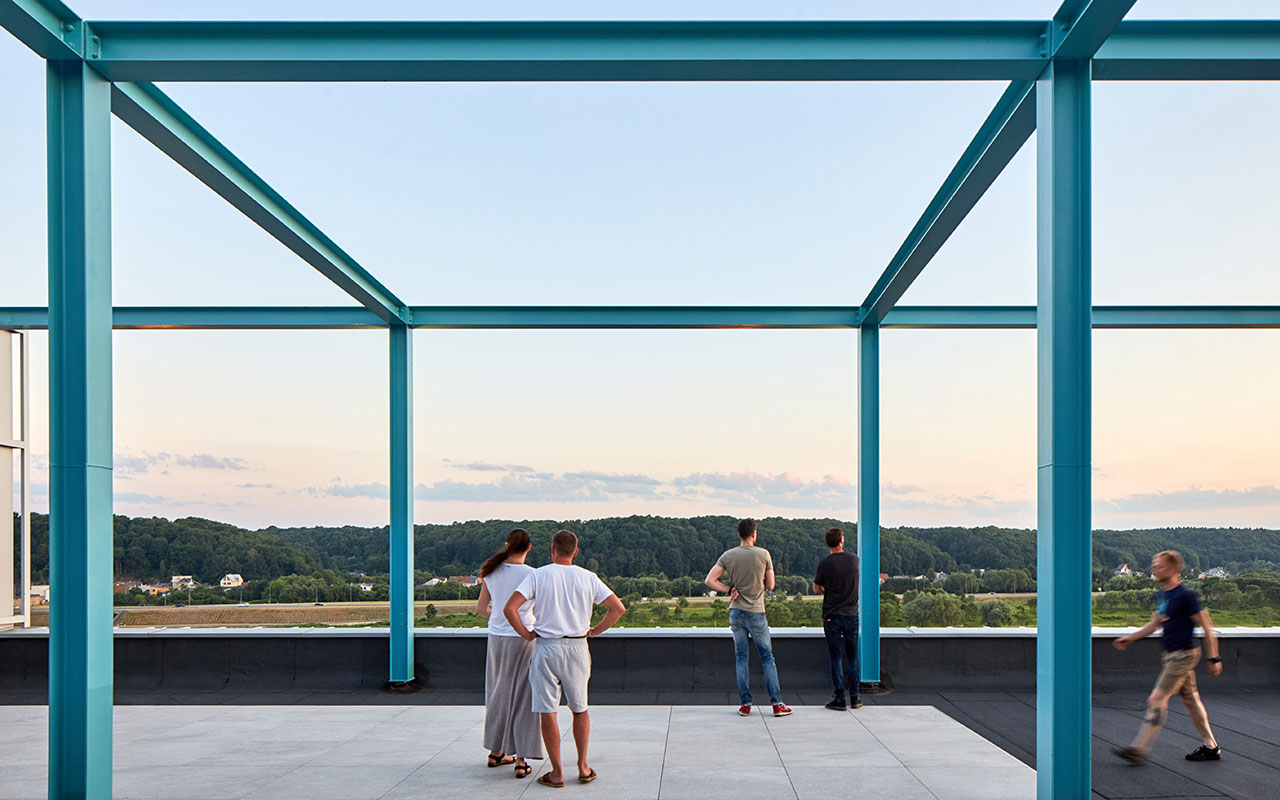 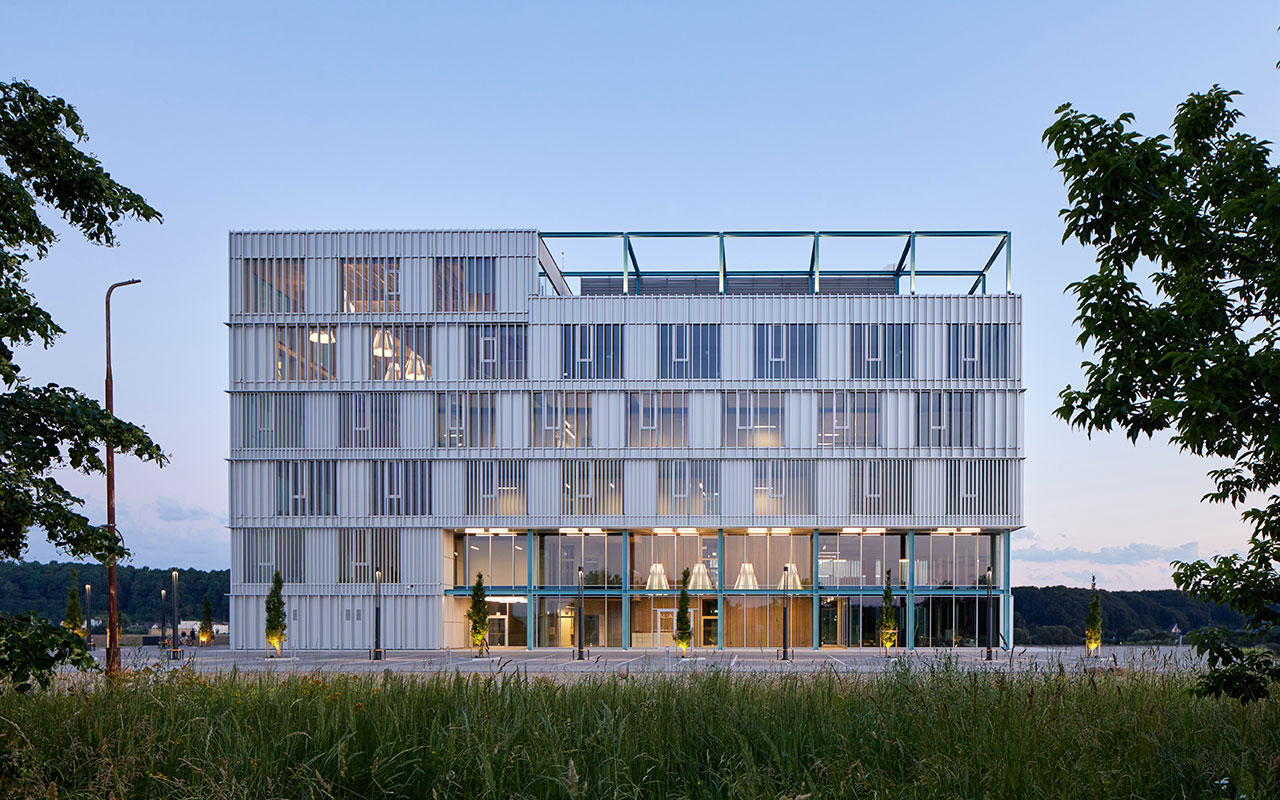 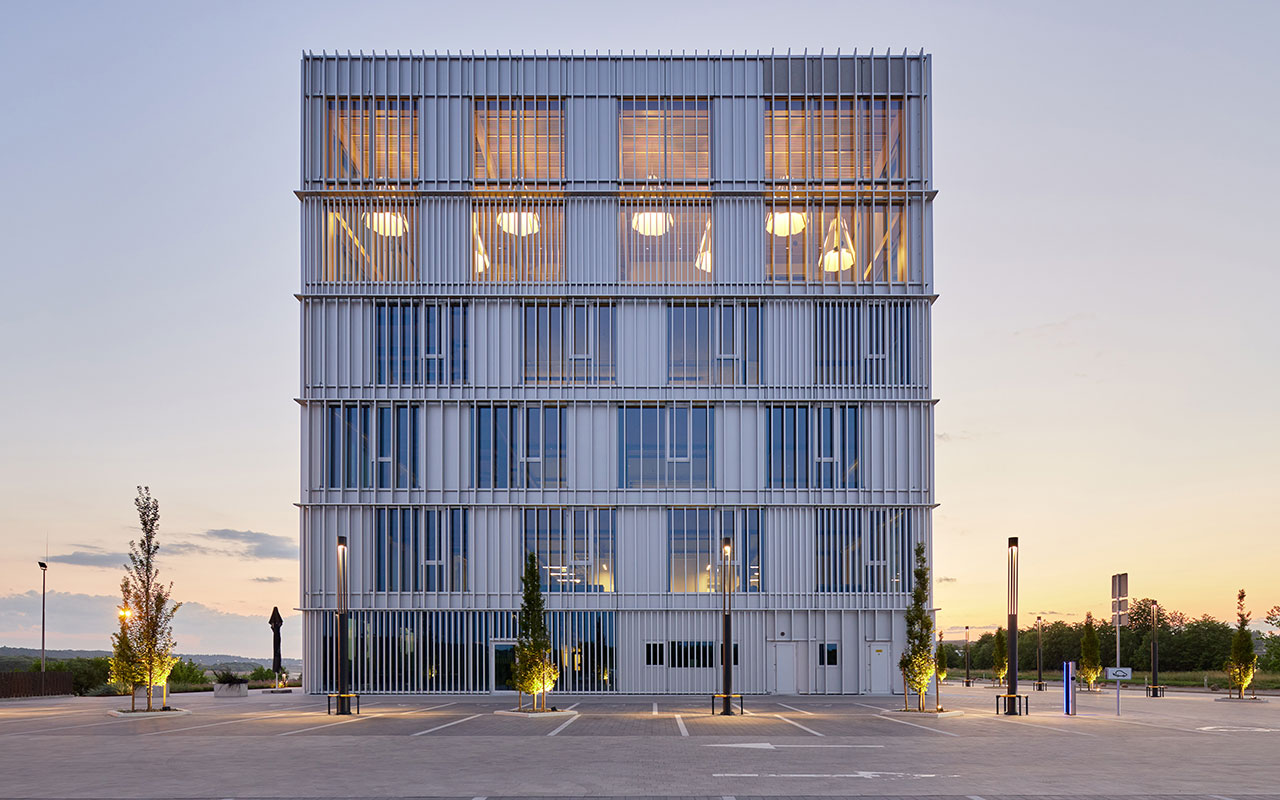 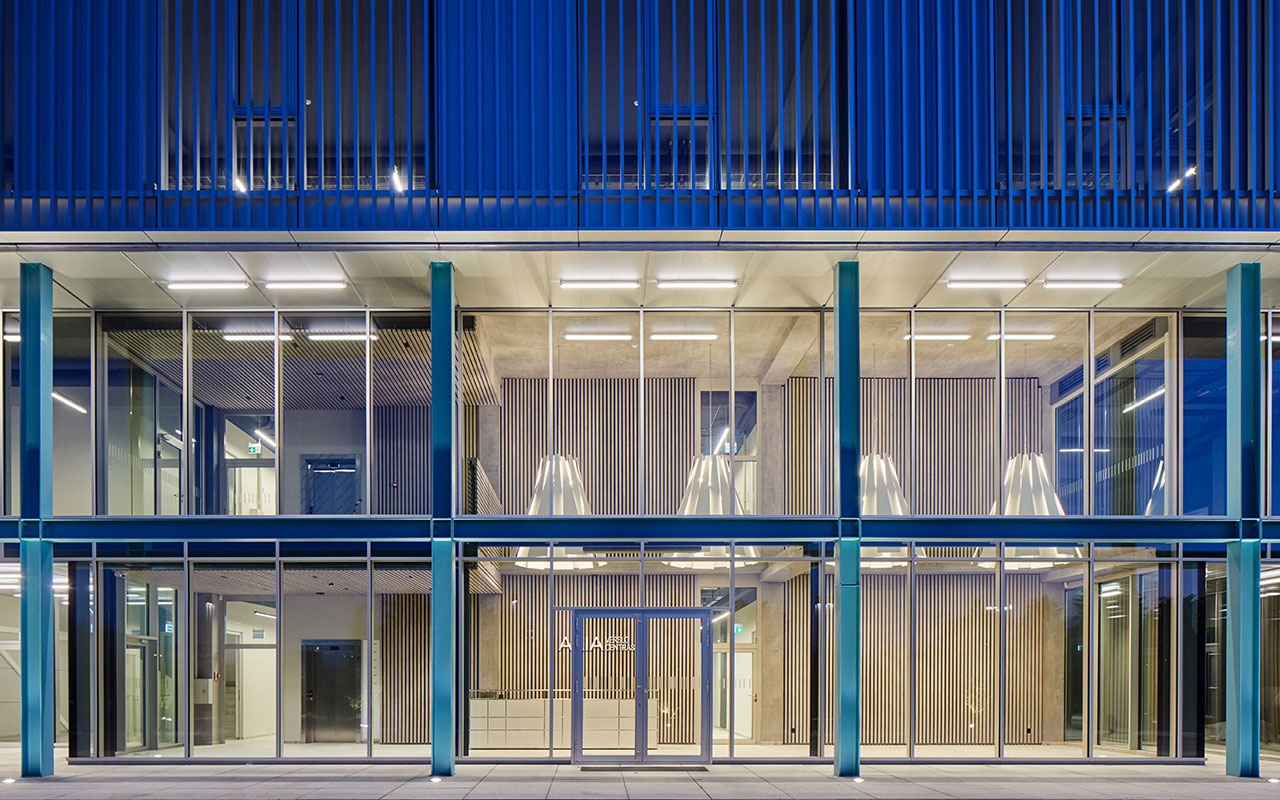 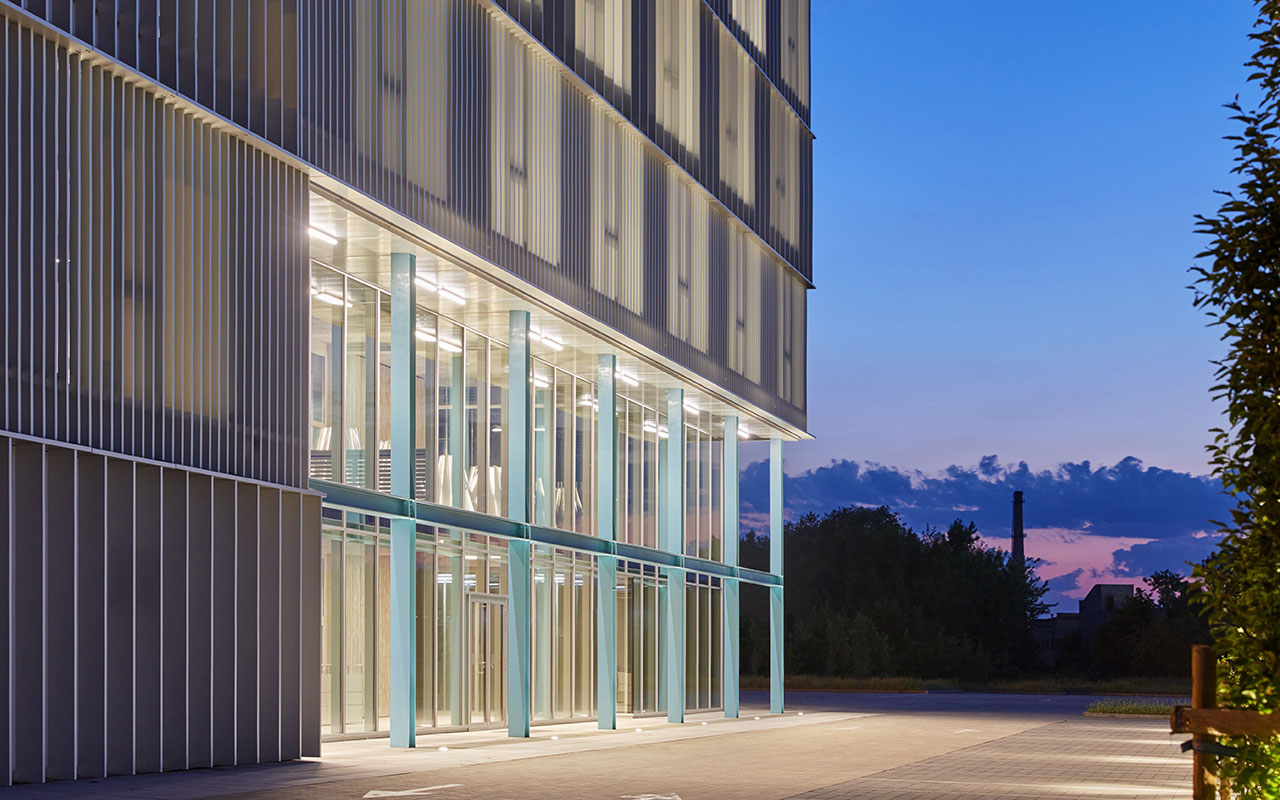 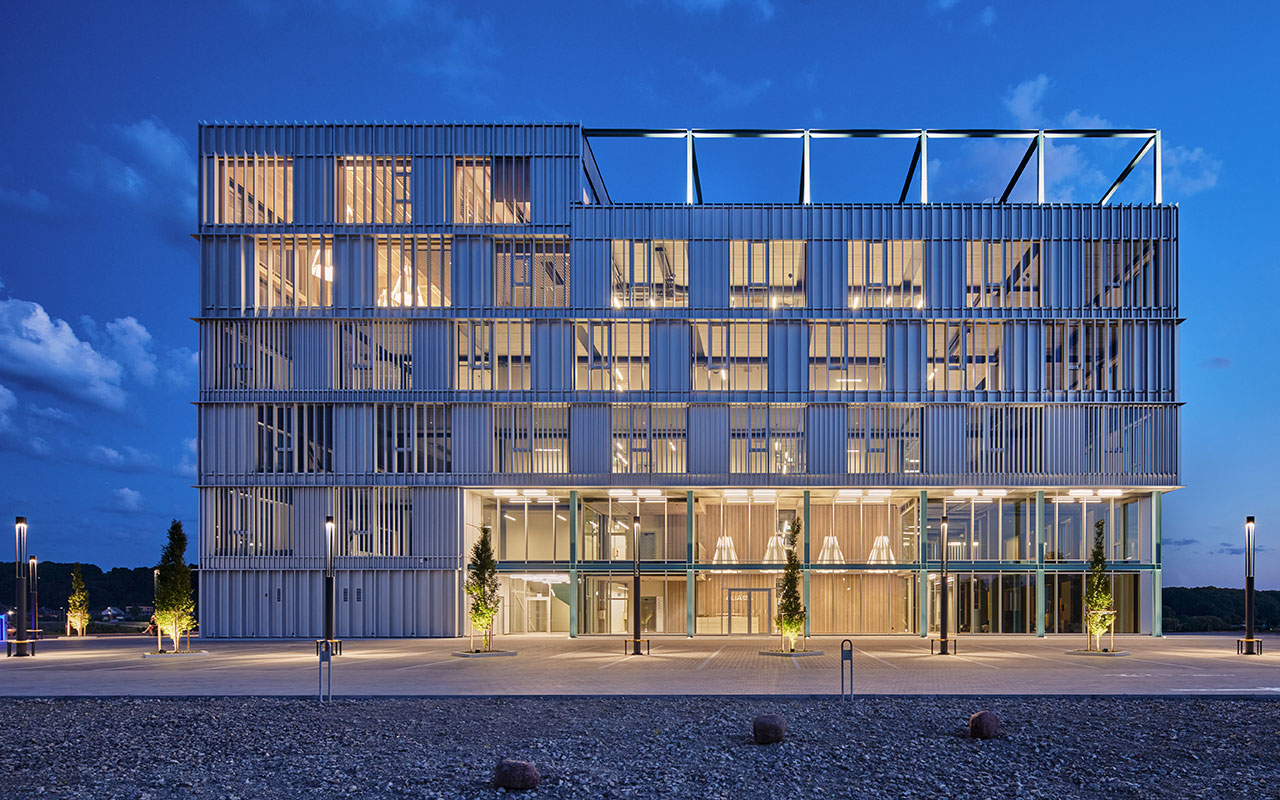 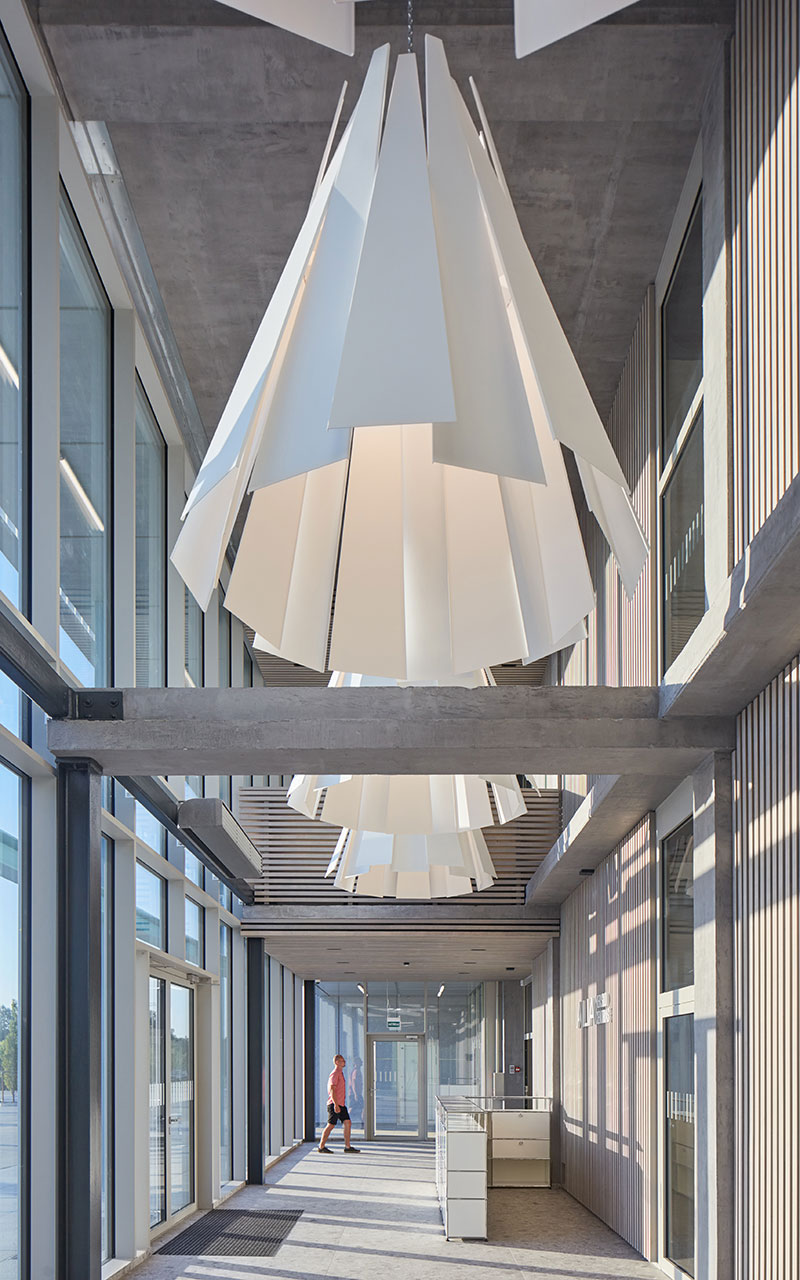 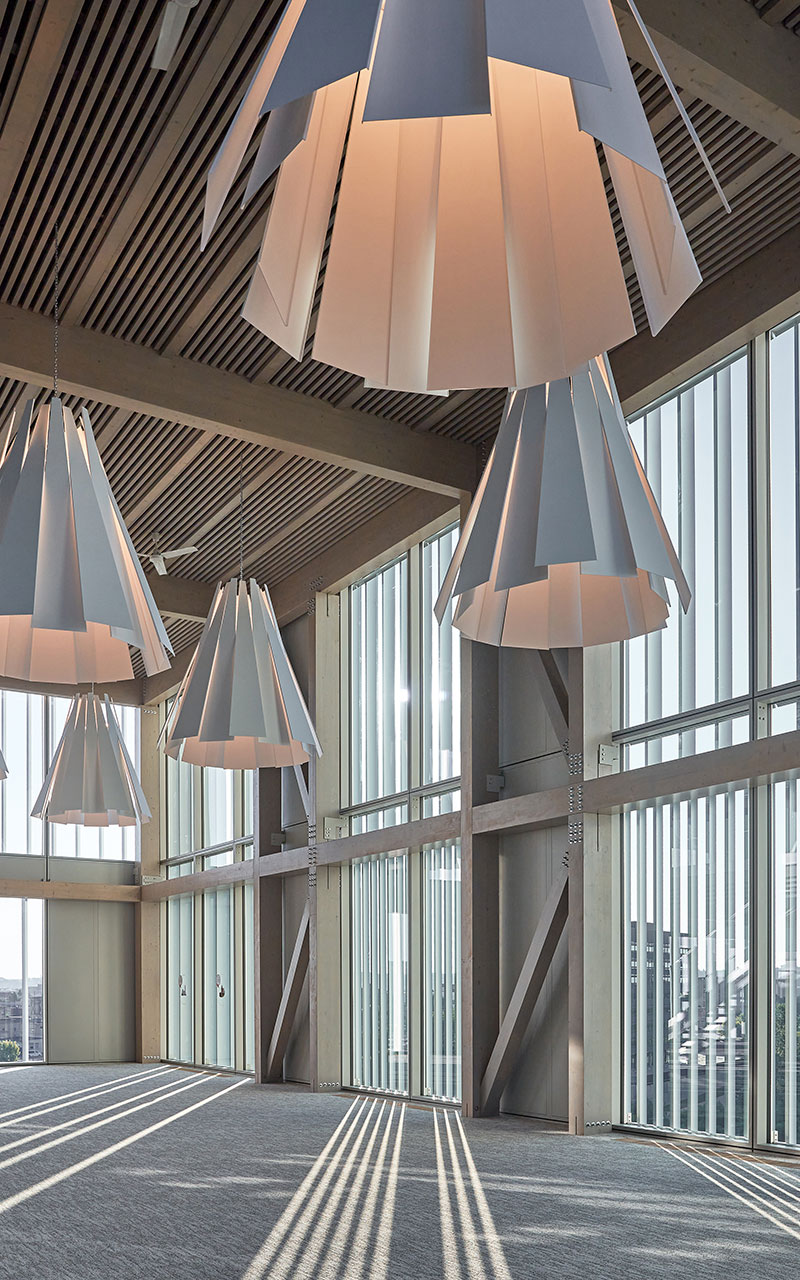 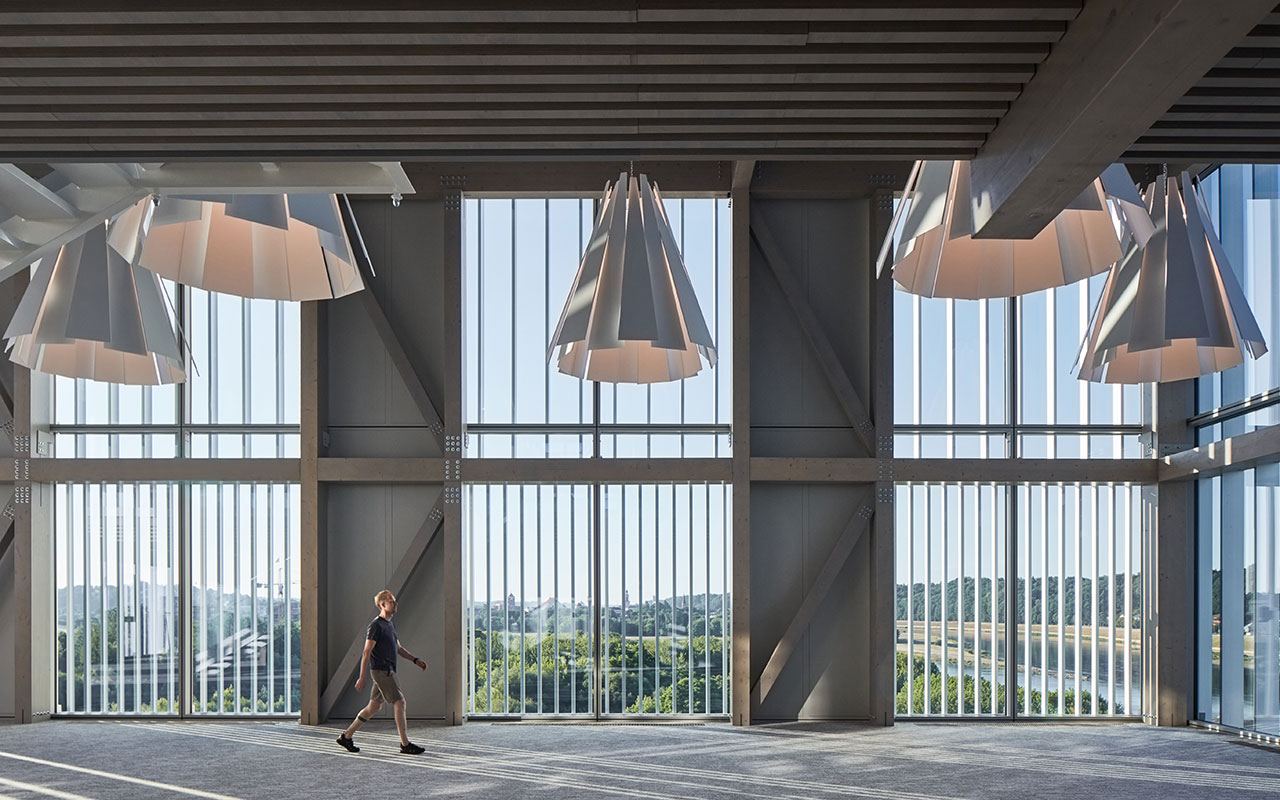 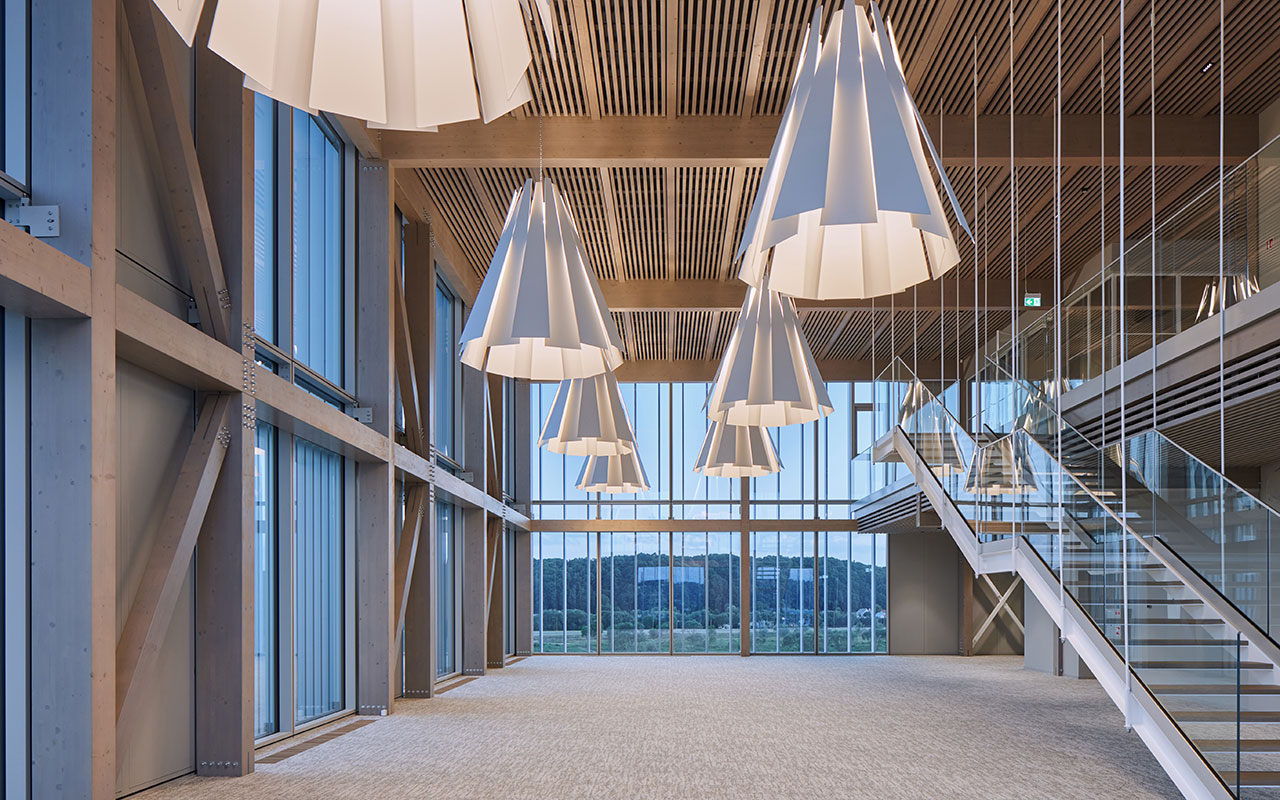 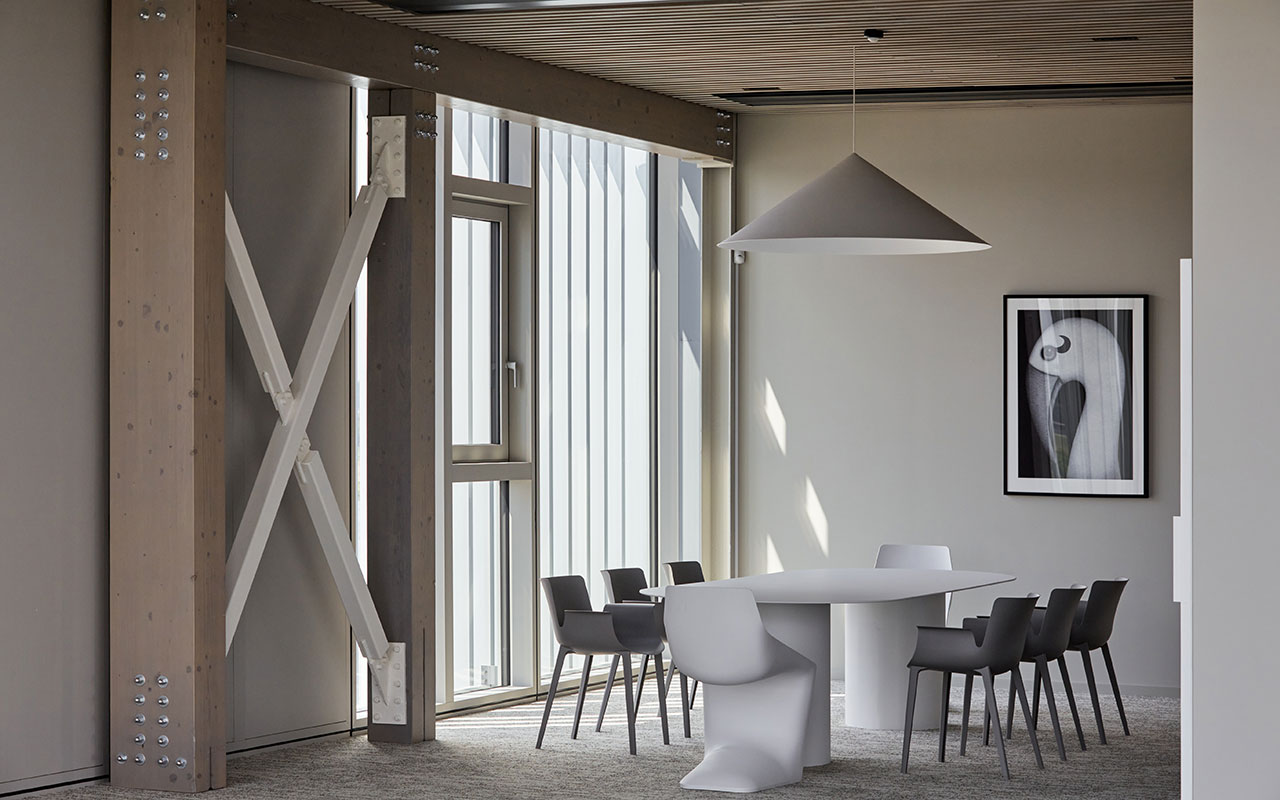 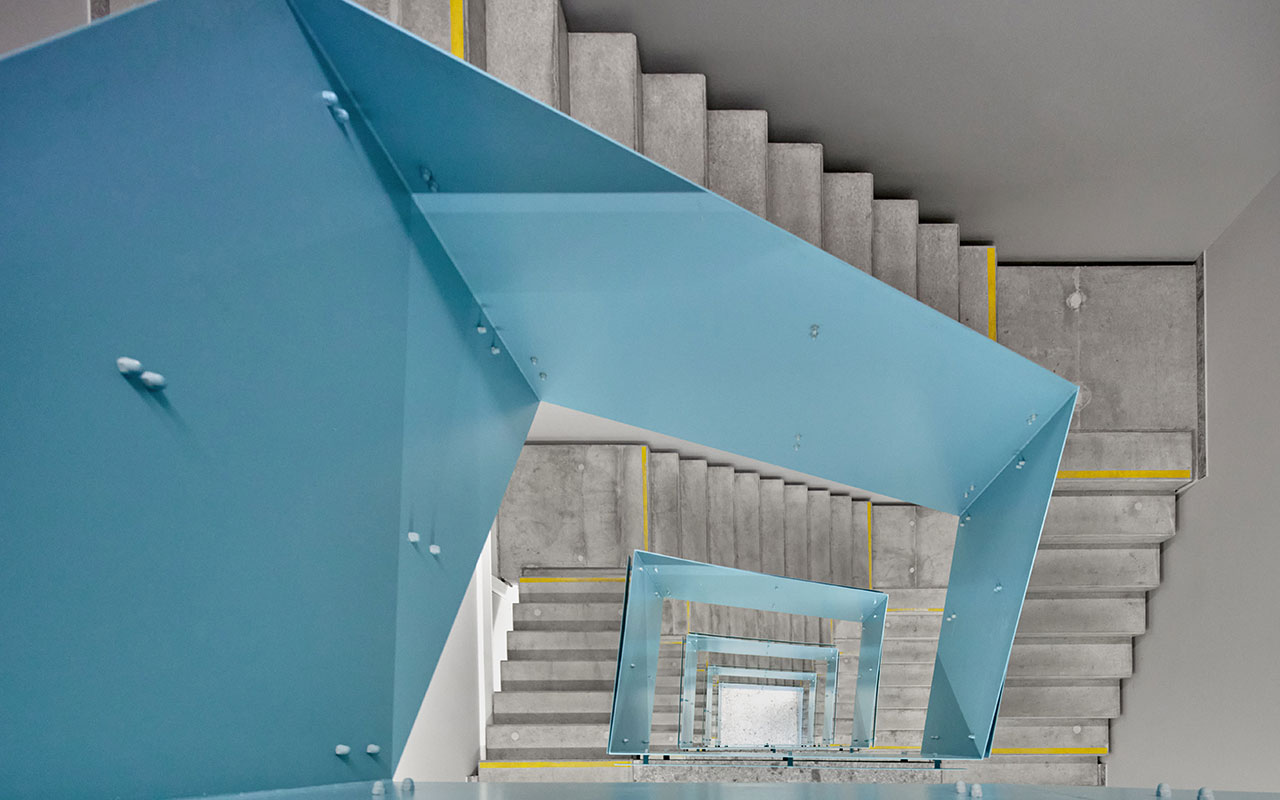 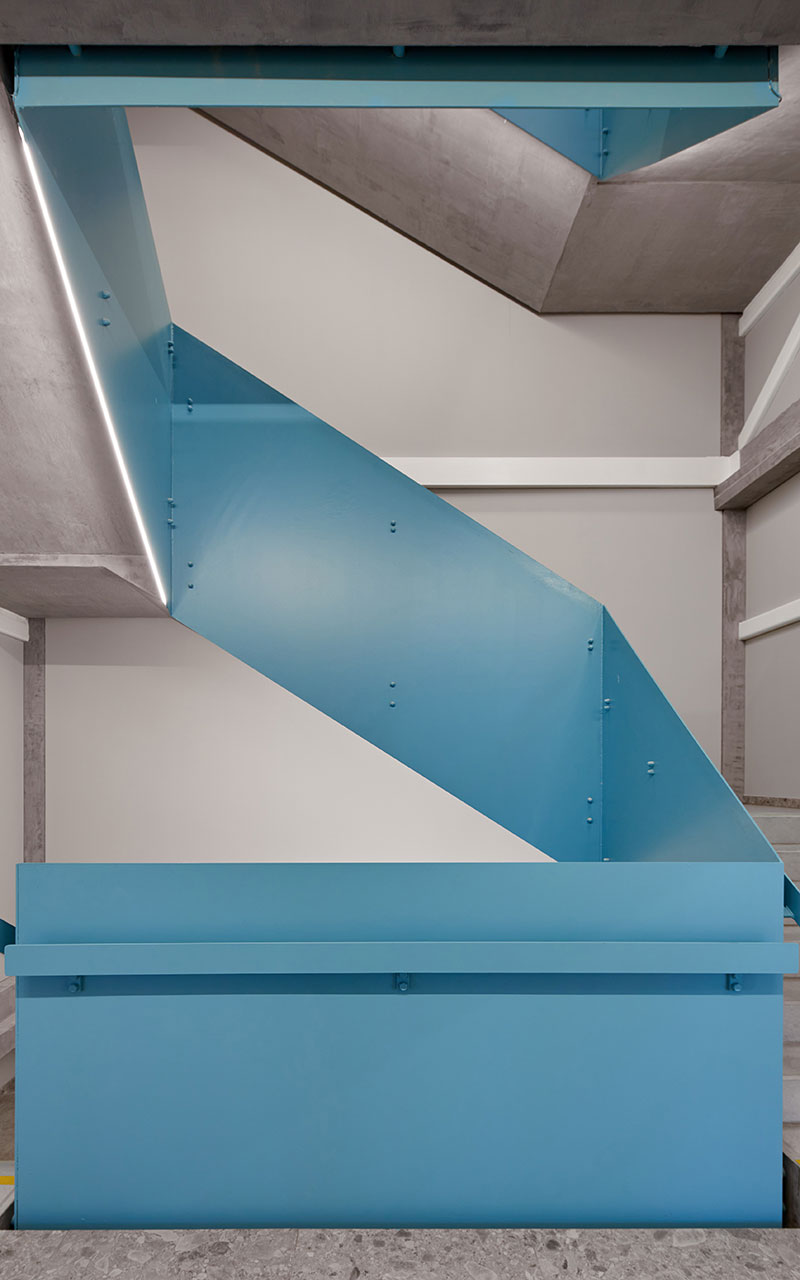